A crew on a remote construction site are plagued by a series of bizarre mishaps. As the incidents turn more and more savage, it becomes clear that the sole link to the deadly events …is a 50 ton bulldozer. 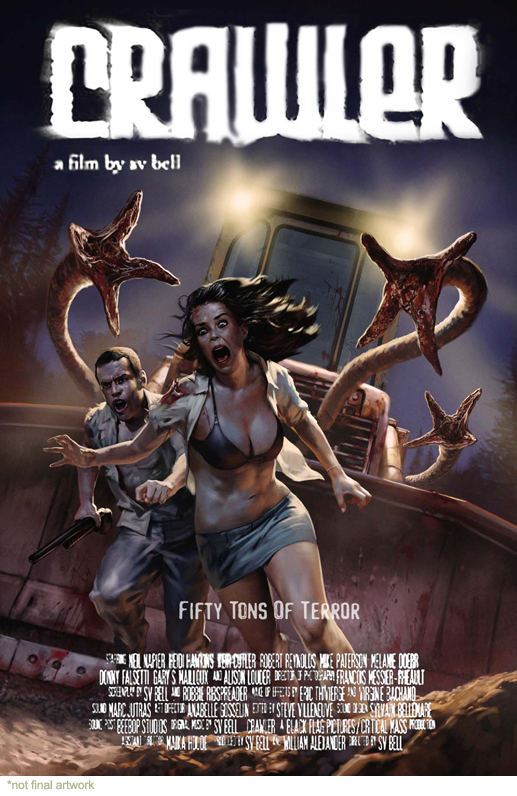 Despite some earlier skepticism — in terms of Crawler‘s originality (in comparison to Sturgeon’s “Killdozer” and the movie that came from it) and its validity as a candidate for the giant monster list — I think the film is going to get a big tick from me on both counts.

The director, Sv Bell, has commented to Kaiju Search-Robot Avery that, yes, the bulldozer does have those tentacles as seen in the poster above. And when you touch the thing or are touched by it you receive weird burns like the ones the guy in the picture directly below is suffering from. 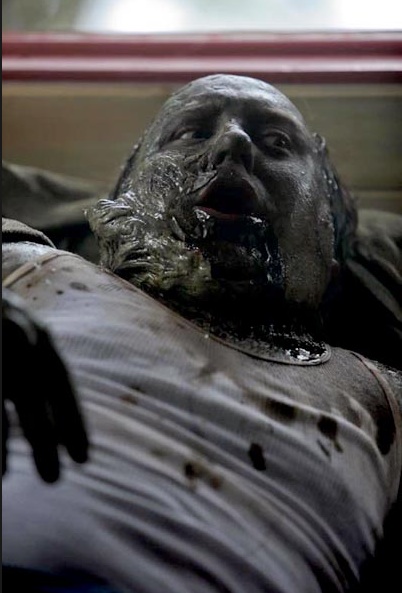 This subsequently becomes an infection that turns you into something like a zombie. 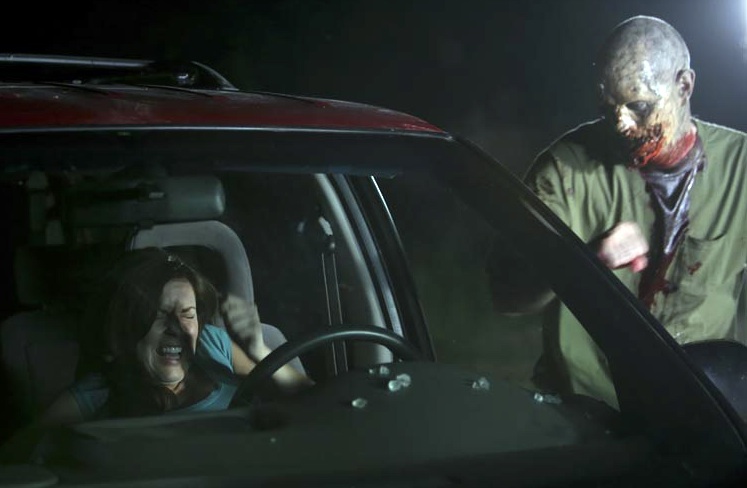 So it seems that the bulldozer is a large, shape-shifting entity that creates zombies! Cool! 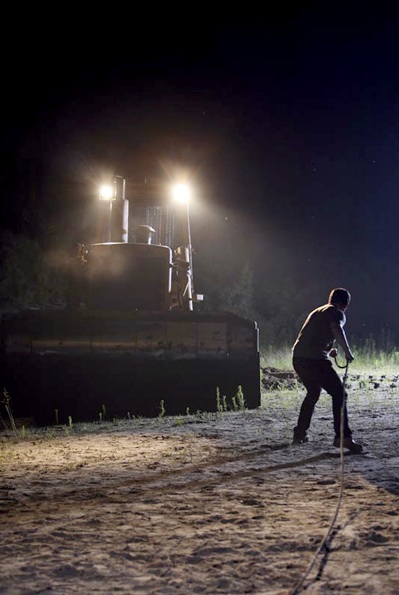 The film will be out in November. I look forward to seeing it.

This entry was posted in Film, Giant Monsters, Update, Zombies. Bookmark the permalink.