Halloween’s coming — and soon the demons will be loosed upon us. 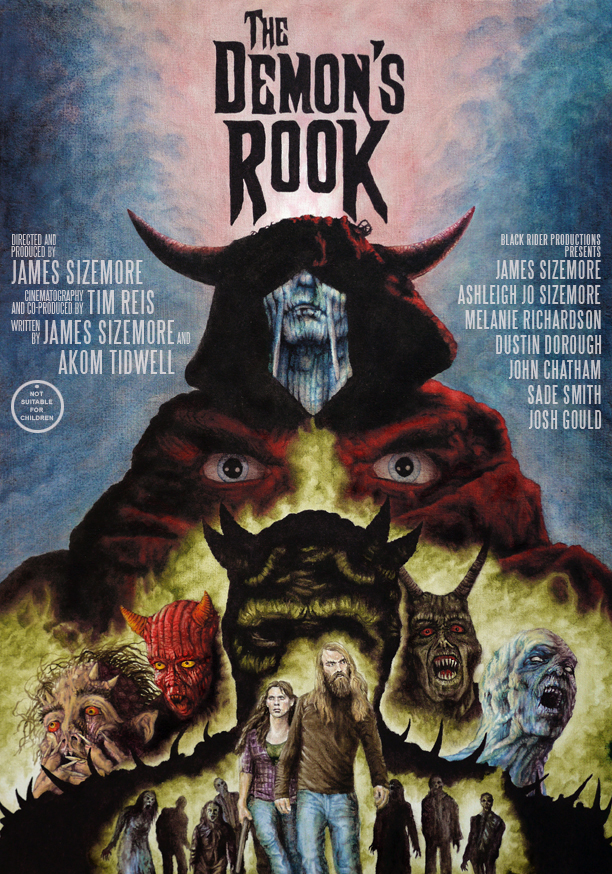 About a year ago, the Backbrain undertook an in-depth interview with writer/director James Sizemore, where he told us all about his in-production ’80s-style horror epic, The Demon’s Rook — revealing details that created much excitement from here to the netherworld. Well, there’s been a lot of blood under the bridge since then and so I spoke to Sizemore again to get the goss on where the project now stands. Seems there’s even more to look forward to, and it all starts here when, on Halloween (31st October, US time), the Backbrain will reveal the new, fully demonised official trailer.

In the lead-up to the 31st October, here’s the news, straight from the Man’s mouth. 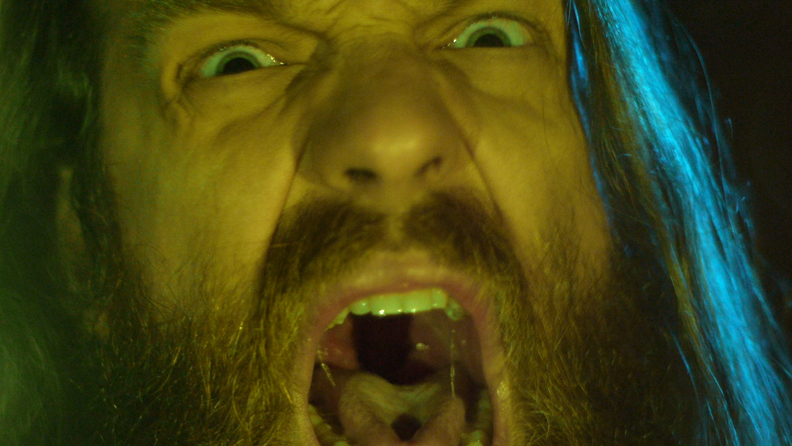 Undead Backbrain: So, James, a little winged demon tells me a new trailer for The Demon’s Rook is ready to premiere, just in time for Halloween. What can those who’ve been following the progress of the film expect from it, as compared to the previous teaser?

James Sizemore: Well, now that we’ve finally finished principal photography, we’ve pulled enough footage together to be able to tell more of a story with this trailer. I think it does a much better job of getting across the original synopsis as opposed to our previous teasers. On top of that, you get a better taste of what’s to come with our actual visual, musical, and sound production quality. You’ll see some quick glimpses of a couple of my demons, but there’s still some key characters that I’m saving as a surprise. Not to worry though, it delivers hard.

JS: I was mainly referring to all the interesting things we were able to do with the budget we raised since we last spoke. We ended up cultivating more money through some private investors. Another 50k on top of our previous 15k, giving us a total budget of $75,000 for the film. The extra 50k wasn’t enough for us to pay ourselves, but just enough to take care of completing the special makeup effects work that I started, which turned out to be much more ambitious than I previously realized. And again, I think the new trailer hints at that pretty well. 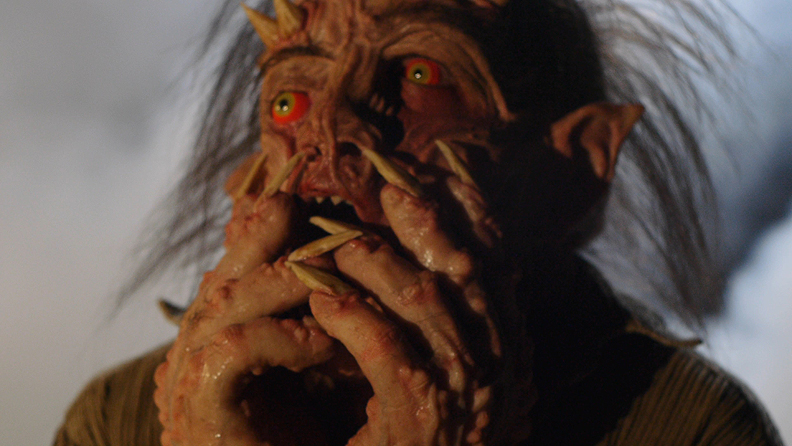 UB: Last year you referred to how expensive it was proving to be to create the silicone prosthetics required to create your demons. Did the extra money equal additions to the roster of demonic characters? Extra elements added to the story? A longer film?

JS: It did actually! I was able to produce the four lead demons I originally envisioned, along with a pretty sweet transformation scene involving the beastly mutation of a poor and unfortunate soul. We’ve also got a lot more zombies to fill up the screen. I built a couple ovens so that we could try foam latex for some of the new zombies. Real gnarly ones, good and rotten, just as before. We were also able to create several more special effects gags than I originally thought I was capable of doing. In the end, we produced over ninety molds in the shop. It was quite an undertaking, and I had to hire a few people from out of town for a couple months to help me knock it all out. 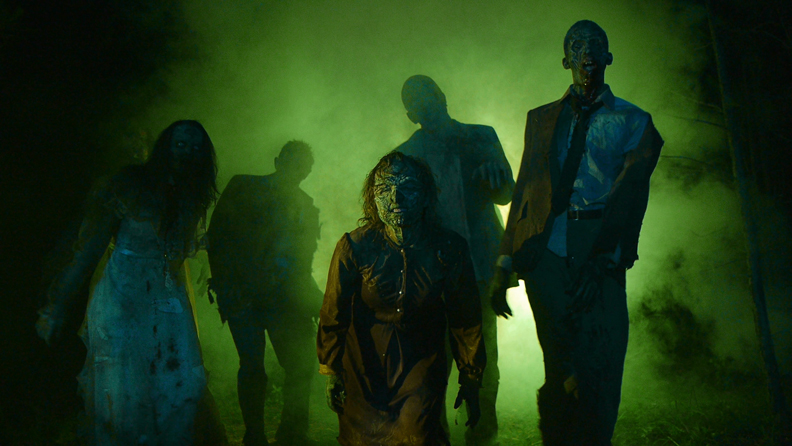 UB: Ninety molds! What a marathon effort! What will happen to those once the film’s finished? As Demon’s Rook just screams “future cult classic”, an eBay sale might bring in more than your original budget… Not to mention DVD sales. Speaking of which, when can we expect those to appear?

JS: Yeah, I’ve got them [the molds] all stacked on top of each other on various shelves in my studio right now. There’s a good number of them I couldn’t bear to part with. Mainly all the creature molds. But yeah, that’s a pretty good idea to earn back some of the budget. I’ve got more than enough gore molds I wouldn’t mind parting with for the right price. As for DVDs, not quite sure yet. We’ve got a film festival plan for next year. We’d like to try running that circuit before we make any concrete distribution plans with anyone. I think we’ve got a good chance with a few of them, and I’m hoping that the possible press coverage, quotes, interviews, and perhaps even a couple awards from that would give our film more appeal when confronting distributors. Our goal is to have screeners sent out around the beginning of February 2013, and you can bet I’ll be sending ya one, Rob. 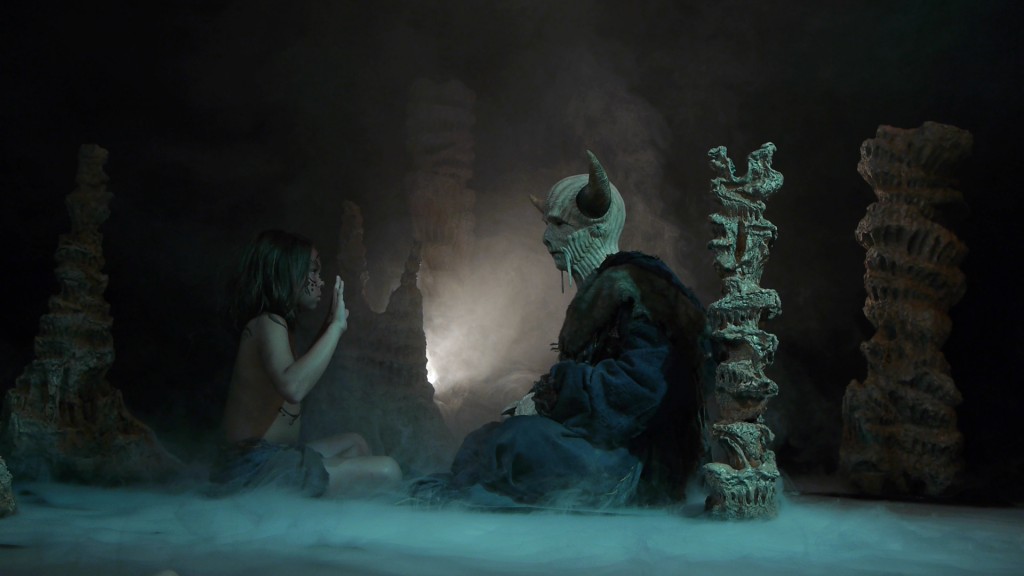 UB: I’m really looking forward to it. Meanwhile, any production anecdotes you’d like to share? After all, there’s a tradition in horror film production of “strange happenings” on set….

JS: I could probably ramble on for hours with the stories we’ve accumulated over the past two years. Some of my favorites would give away too much of the film. We’re actually making a behind-the-scenes documentary that will feature a few of the best ones. But here’s something good for ya. It’s not terribly strange, but impressive nonetheless. One of my actors, Josh Gould, played four different parts in the film, three of which are creatures, and all pretty heavy silicone prosthetics that don’t breathe at all, scleral lenses and full acrylic teeth dentures. Very very uncomfortable. One ambitious night of filming, Josh had to play three of those characters. Three hours in the makeup studio, then another few hours on set. Then back to the studio where we ripped off the prosthetics, just to slather on more glue and cover his body in more prosthetics. This went on for him all night till sunrise. I think he passed out from exhaustion a couple times during filming, but he never really made a big deal out of it. He was the ultimate trooper. At sunrise, when we took all of his prosthetics off, he smelled like a 200 year-old Sasquatch corpse. The smells this man had produced gagged everyone in the makeup studio, and he just sat there in the makeup chair, looking half dead with blood-shot eyes and unable to speak coherently. That sort of thing actually happened to him on quite a regular basis. Several of our actors were put through hell, but Josh was given a special kind of hell. One that takes days to wash off. 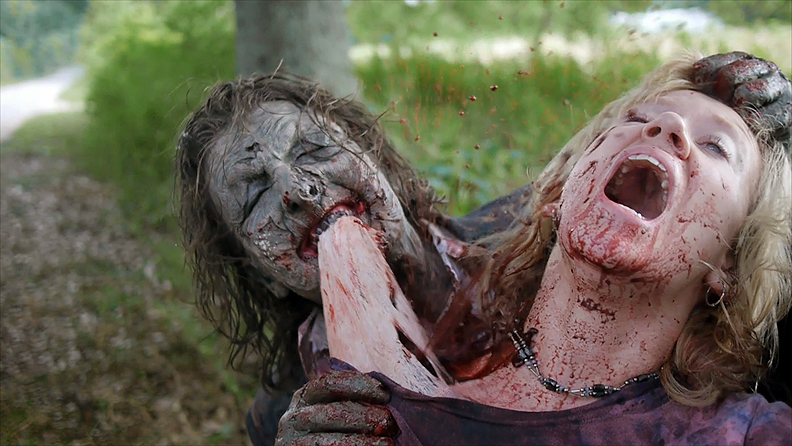 UB: Impressive indeed! That’s what I call dedication. Speaking of actors, how about filling us in about your cast?

JS: Overall, we had a pretty righteous cast. I was fortunate to have the chance to work with so many passionate people who all volunteered their time because they believed in the film. Everyone put all they had into it, even if they had no training. A few of our main actors had a good bit of experience and training, and they were an absolute pleasure to work with. They knew the drill, and they trooped through a lot of hell without complaining. There was also a good handful of the cast that were friends or crew members, and this was because we couldn’t always find an actor, or because someone backed out last minute. But in the end, I feel it actually worked to the film’s advantage. It’s no secret that this film has an ’80s cult horror attitude. With that is going to come a particular style of acting. If you’re watching this hoping to see a Morgan Freeman performance, you’re gonna be disappointed. More often than not, we took the Bruce Campbell approach, especially Ashleigh and I. Neither of us went to acting school, and to be honest, I made us the lead characters because I knew we’d always be around. My wife and I are pretty over-the-top people to begin with, so playing over-the-top characters just seemed to make sense. I don’t think we shoved it in your face or anything, but we definitely brandished that style! 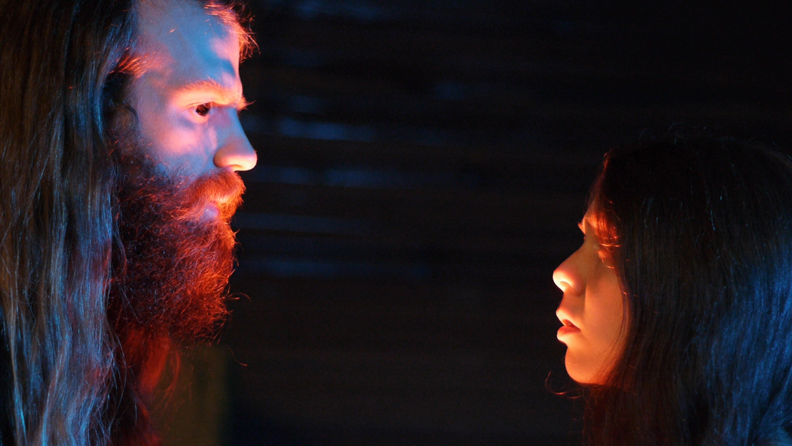 UB: Okay, James, here’s the challenge. Tell us in 100 words or less why the readers of Undead Backbrain are gonna love The Demon’s Rook!

JS: I could do that in two words: It delivers. But I’ll elaborate… ever see a trailer or poster art for a movie that gets you totally pumped to see it, but then when you finally do you feel cheated because they showed all the best parts in the preview, or it was nothing like advertised? This ain’t that movie. The Demon’s Rook is the real deal start to finish. See the poster art [at the top of the article]? That’s accurate. See the trailer? Only the tip of the iceberg. This is the ultimate low budget fantasy-horror movie. You’ll be high-fiving strangers, guaranteed. 100. 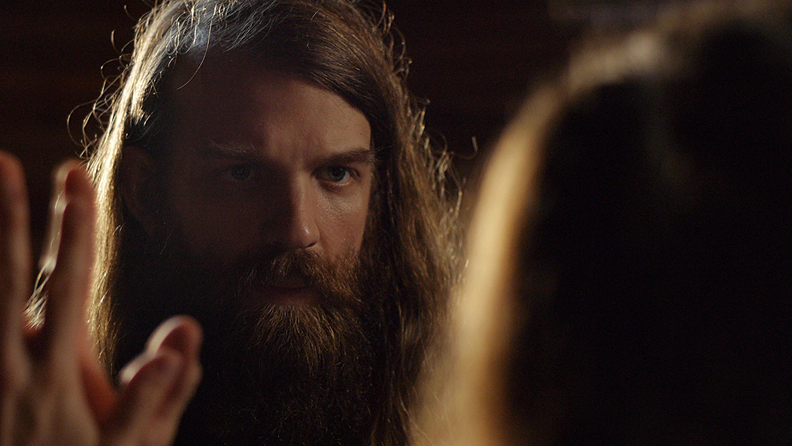 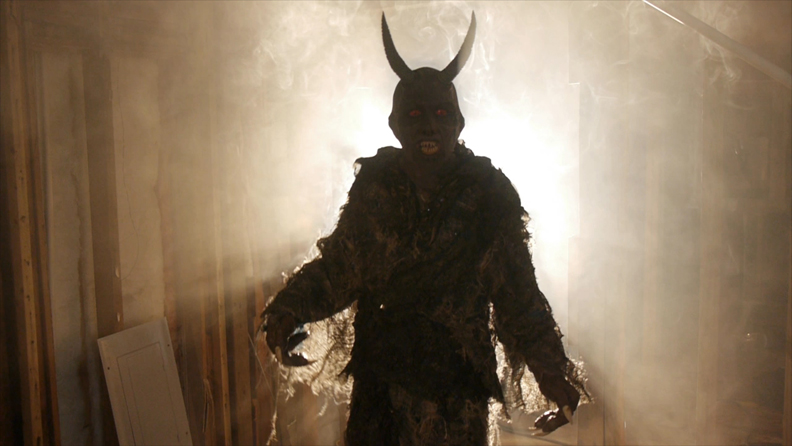 So there you have it! Check back here on the 31st October (US time) to see the spectacular new trailer. You’ll love it!

While engaged in our online interview, Sizemore revealed that it was 3 am where he was (Georgia), while for me, in Australia, it was 6 pm the previous day. I suggested a break and he replied: “Yeah, I’ve only had 3 hours of sleep for the past 48 hours, too. We had our wrap party night before last, and then all day yesterday, I did ADR, starting the morning after the party. I’ve kinda become a machine though. It’s the film’s fault. Uggh.” Now that’s dedication!