Having your Cake and Being Eaten By It, Too

If you think a  ’50s retro/parody film featuring a daikaiju-sized cake might be fun, watch the following faux trailer and you can help get it made.

Lobsterdance Productions, under the creative auspices of Jared P. Foust, have taken to making 50s-style monster-film trailers. THE TERRORMISU!「ザ・テラーミス」Trailer was made for entry into the Vimeo Weekend Project’s fake trailer contest. If the trailer succeeds in getting at least 10,000 views by 31 December 2012, it will be made into a full-length film.

Foust’s previous faux trailer was OGGRA, VOODOO MONSTER FROM HELL「地獄の怪獣オッグラ, which starred this guy, all in scratchy black-and-white, of course: 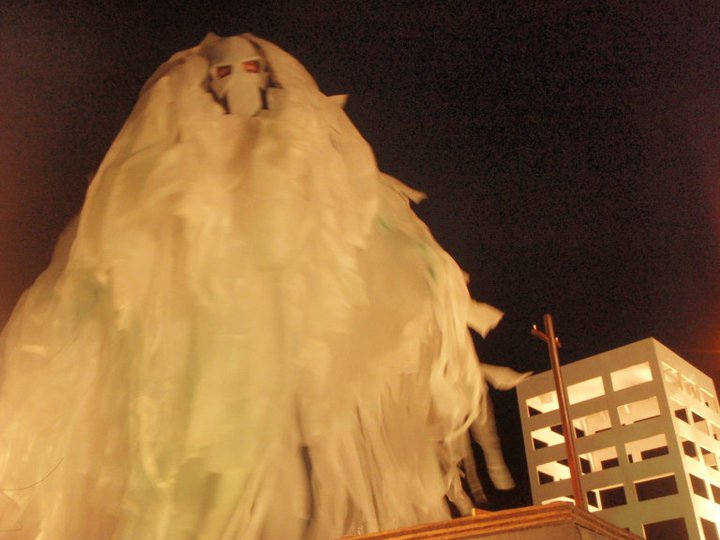 The Terrormisu is, in Foust’s words, the “spiritual sequel” to Oogra!. Take a look and you’d readily see what he means.

Foust commented that Oggra!, which can be seen as a test run for the recent “larger, more substantial project” and is “composed of entirely practical, in-camera special effects work. With the sole exception of the composite fire effects in the final shot, everything was created with miniatures, costumes, smoke bombs, baking soda, etc.” 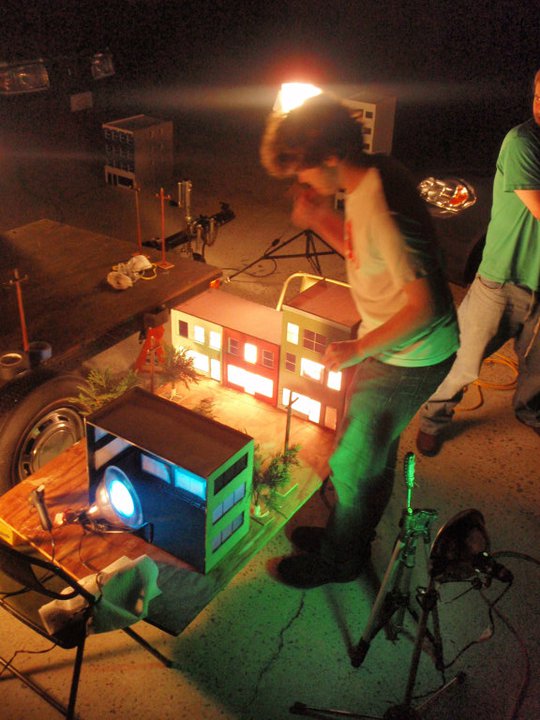 Same goes for The Terrormisu.

He added: “This is truly my favorite style of filmmaking, to be sure.”

Checkout this behind-the-scenes video for The Terrormisu, made by crew member and co-star David “Tim” Johannaber:

Cool stuff! So share the link around and get those hits up!