As we await the arrival of the big-budget giant monster spectacle of Guillermo del Toro’s Pacific Rim (2013) and Gareth Edwards’ much-anticipated Godzilla (2014) — not to mention whatever Big Thing turns up in Joss Whedon’s sequel to his mega-successful The Avengers, scheduled for 2015, we can ponder the tongue-in-cheek retro cheesiness that is likely to be in evidence in Gadzooka the Unbearable! 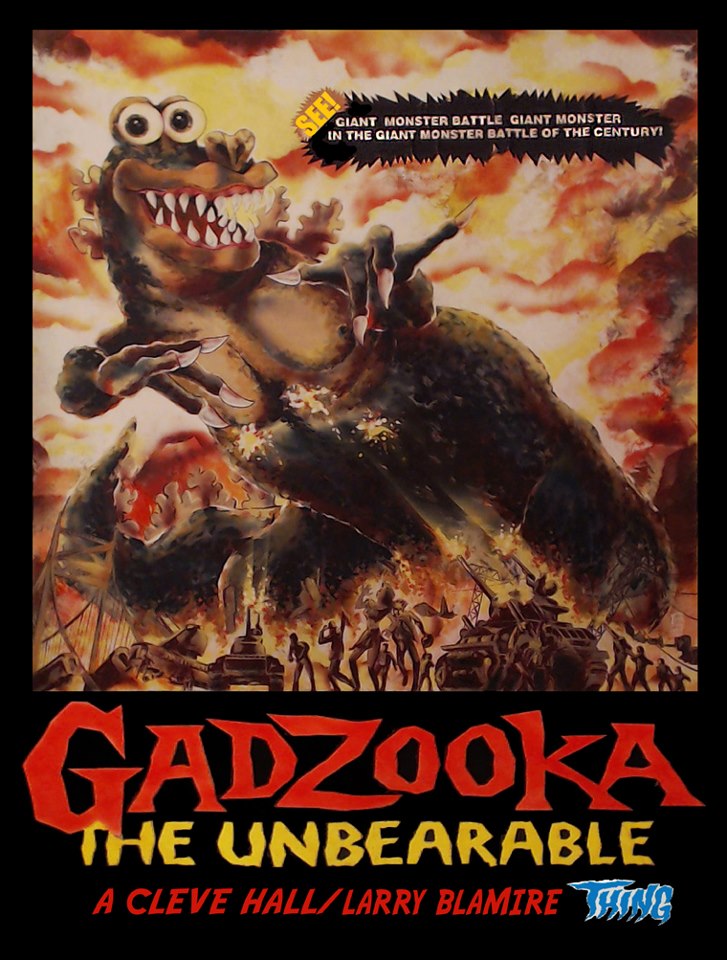 Unlike the above-mentioned blockbusters, Gadzooka the Unbearable will feature no slick and infinitely complex digital creations at all, but will be made purely old-school, with practical effects one of its major attractions — to ’50s monster flick fans, if not the general public. This is, after all, a “dream project” of independent filmmaker Larry Blamire, working in conjunction with infamous “Monster Man” and make-up FX guru, Cleve Hall. 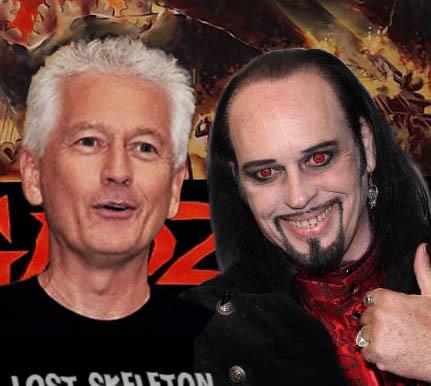 In a decade that has seen movie budgets skyrocket and the rise of digital SFX allow almost anything to be convincing depicted on screen (more or less, and depending on the skill of those involved), it’s perhaps not a coincidence that low-budget, retro-styled productions using only old-school practical FX — made by individuals and small, independent companies — have also reached towards some kind of zenith. Some of these take a “serious” approach, but many others (especially those that hark back to the 1950s) fondly recognise the dodgier aspects of the old monster/scifi flicks and take the route of parody instead. Usually the desire to make 50s monster movie parodies rises from the fond memories of these old, hands-on, warts-and-all flicks and the sheer entertainment they could provide. The audience for them might be smaller than the audience drawn to the multiplex blockbusters, but it is, without a doubt, an enthusiastic and quite extensive one. 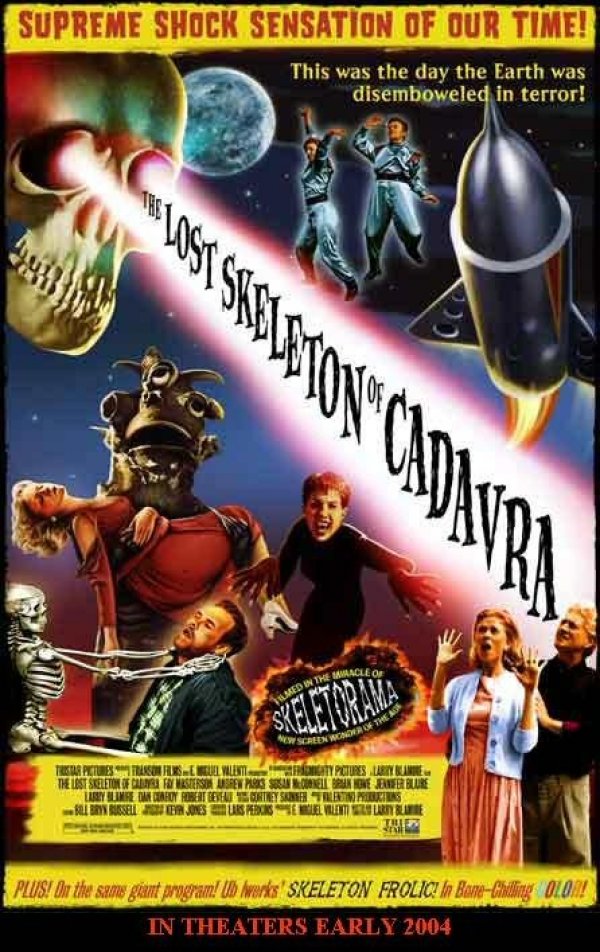 One of the most successful of these celebratory 50s parodies is The Lost Skeleton of Cadavra (US-2001), produced, written and directed by Larry Blamire (who also acted in it) — a film that fans embraced with enthusiasm. Shot in “Skeletorama” (naturally) it proved to be an extremely popular and entertaining romp through the cheesier absurdities of 1950s B-film monster/scifi culture. And it was very funny.

The Lost Skeleton redundantly returned (again) in The Lost Skeleton Returns Again (2009), again directed etc. by Larry Blamire, with a bigger crew and even the involvement of one of the famous Chiodo Bros (Killer Klowns from Outer Space, Critters). 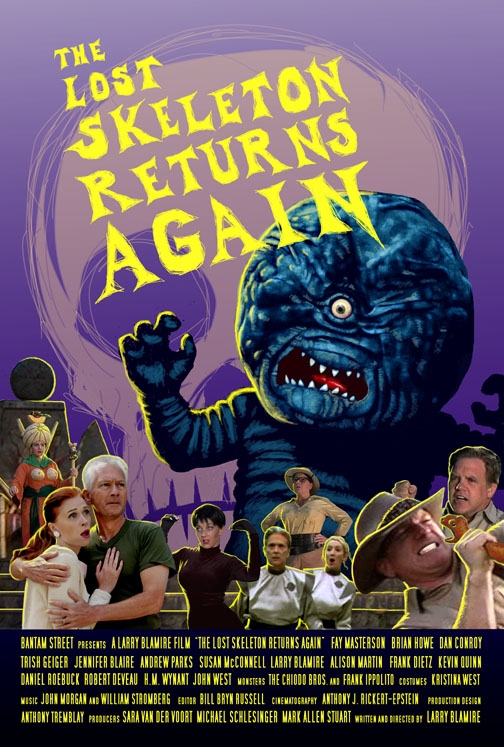 Now comes news of a second sequel from Blamire, The Lost Skeleton Walks Among Us — this time with Cleve Hall. At the moment the film is but a gleam in Blamire’s eye, but we’re assured it’s on the way. 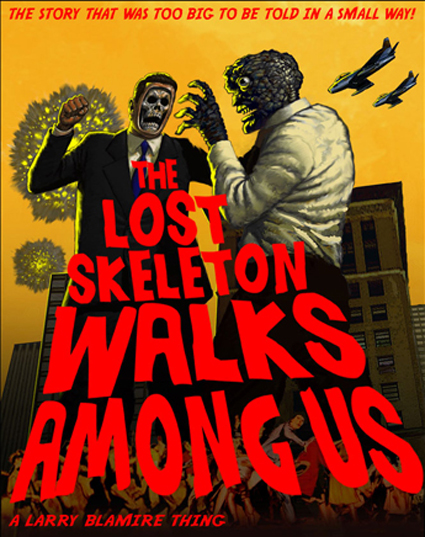 And after this comes the production of Gadzooka the Unbearable, which will hopefully join the ranks of great giant monster cheesefests. No indication has yet been given as to the plot, but that “See giant monster battle giant monster” line no doubt says it all! May the farce be with Blamire, Hall and the rest of the Thingworks team!