Minimal SFX from the Rock

And now you can catch some footage featuring the most minimal SFX in a giant monster movie ever! Filmed entirely in camera, using perspective techniques and fingers! 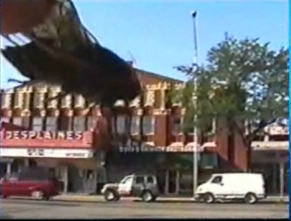 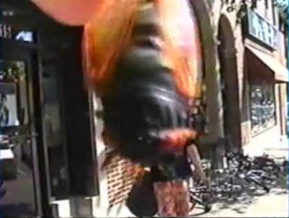 Here’s at least some of this year’s Halloween special appearance of David “The Rock” Nelson on WGN TV News out of Chicago, Illinois. He’s absolutely nuts in it as usual, and we get to see a tiny bit of footage from both Killer Cicadas and Attack of the Giant Cicadas! It’s so terrible it’s terribly funny and just plain fun! When The Rock’s involved there’s never a dull moment.

And while we’re on the topic, here’s a faux movie trailer for another giant cicada movie, “Attack of the Giant Killer Cicadas”, this one not quite as no-budget as Nelson’s, but close. It really captures that ol’ Bert I. Gordon ambiance. View it here.

1 Response to Minimal SFX from the Rock