Lycanthropy isn’t just a Hollywood phenomenon. Countries throughout Europe and indeed the world have their own versions of the werewolf (or were-whatever), and they range in nature from the demonic medieval sorcerer who adopts a lupine shape to pursue his evil designs, to the poor sod who gets bitten and now becomes a ravenous beast whenever the moon’s full. In the shape-changing stakes, European populations (and those descended from European emigrants) do rather veer toward the wolf as shape-of-choice, wolves being long-term inhabitants of the continent — and it seems that the Ukraine is no exception.

“Dog-heads”, as the Ukrainians call them, feature in a new horror film from the Ukraine: Synevir, directed by Alexandr and Vyacheslav Aleshechkin, which has recently completed and will be released in 3D in its native Ukraine. The 2D version will, however, premiere as part of the 6th Annual B-Movie Celebration’s Film Festival to be held in Columbus, Indiana during September (with English subtitles). 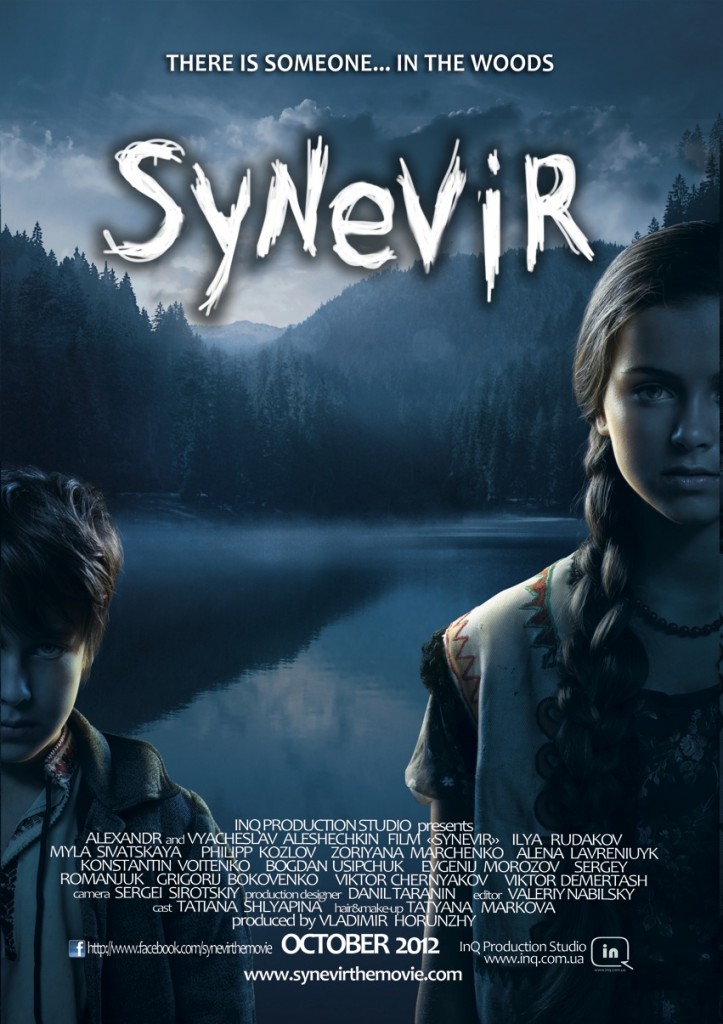 The title refers to Synevir Lake, which is in the legend-haunted Carpathian Mountains (of Dracula fame). The lake was added to the list of Ukraine’s seven natural wonders in 2008. Myths and legends are attached to it and to the area surrounding it, some of which involve reports of cryptozoological sightings and mysterious incidents. Proported to be a re-enactment of an incident that happened “some time ago”, Synevir takes advantage of this mystical ambiance to create a sense of historical depth.

The biggest lake in the Carpathian Mountains — Lake Synevir — is known for its rich history throughout hundreds of years as a place of mystical unexplained events. A group of students decide to spend a weekend at the lake. They do not believe in those stories about Lake Synevir and the strange creatures around it. Too bad for them….

Interestingly St Christopher , third century martyr and patron saint of travellers, is sometimes called Cynephoros in Greek (dog-faced) or more commonly Cynocephalos (dog-headed), and is described in the Old English text Passion of St Christopher as having “the head of a hound, and his locks were extremely long, and his eyes shone as bright as the morning star, and his teeth were as sharp as a boar’s tusks”. The story goes:

Now this Christopher was one of the Dogheads, a race that had the heads of dogs and ate human flesh. He meditated much on God, but at that time he could speak only the language of the Dogheads. When he saw how much the Christians suffered he was indignant and left the city. He began to adore God and prayed. “Almighty God,” he said, “give me the gift of speech, open my mouth, and make plain thy might that those who persecute thy people may be converted”. An angel of God came to him and said: “God has heard your prayer.” The angel raised Christopher from the ground, and struck and blew upon his mouth, and the grace of eloquence was given him as he had desired. (Source)

St Christopher was often depicted as being literally dog-headed, as in this ikon from the Byzantine Museum of Athens: 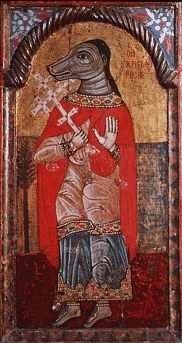 I have no idea if this tale of St Christopher Cynocephalus and his “dog-headed” people relates to the Dogheads of Ukrainian legend and hence to Synevir, but to find out you should head off to the 6th Annual B-Movie Celebration, where the 2D version of Synevir will be screening — or if you live too far away from Columbus, Indiana, wait for the DVD.

Note that the film is in 3D and to prove it here is the 3D poster and trailer (you’ll need to supply your own 3D glasses to watch the latter): 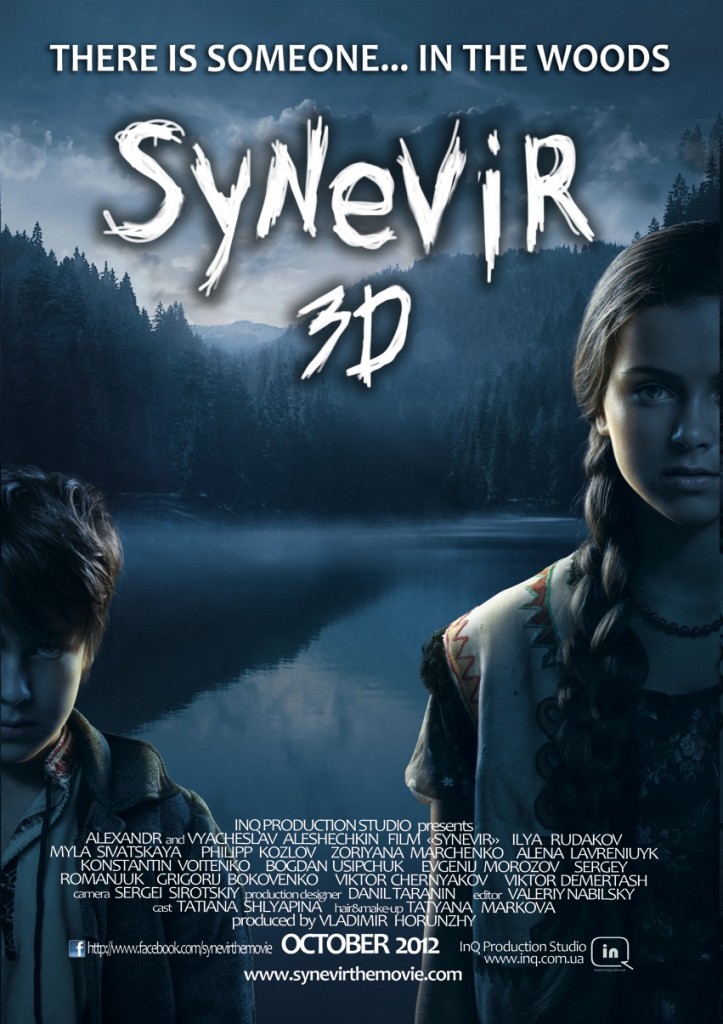