Is pushing your imagination beyond reasonable limits the key to success? 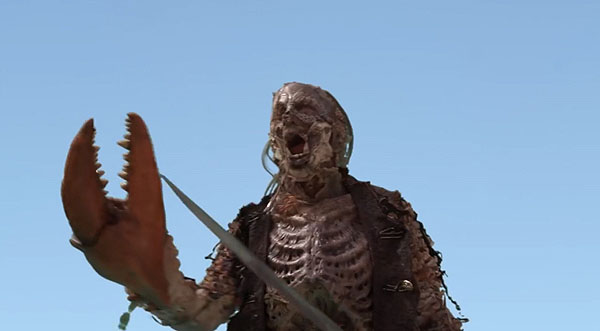 Jack Perez is a director most commonly known for a film he does not consider to be anywhere near his most satisfactory work. Under the pseudonym Ace Hannah, Perez directed the infamous Asylum giant monster wrestling match Mega Shark vs Giant Octopus (US-2009 – UB review). The whole modern giant monster B-grade flick movement may not have started here, but a few of that film’s more ludicrous moments were highlighted in a trailer named by Yahoo as one of the top 10 trailers of 2009 — a trailer which, in fact, made Undead Backbrain’s YouTube Channel (where it was first released) the hemisphere’s hit leader for a month or so — and it changed the landscape of B-film monster-mash production. The film’s “success” seemed to suggest that low-budget monsters could draw a massive audience (however objectively good they may or may not be) as long as they pushed the boundaries of imagination to ludicrous extremes. Since then such films as Sharktopus (US-2010; dir. Declan O’Brien) and Sharknado (US-2013; dir. Anthony C. Ferrante) have tested the truth of that piece of pop-cultural wisdom time and time again. 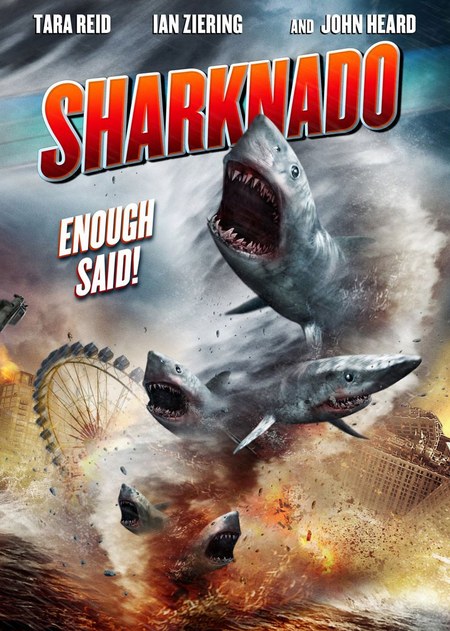 Perez was quite frank regarding the production issues he had with Mega Shark vs Giant Octopus (which has itself spawned two “sequels” — Mega Shark vs Crocosaurus (US-2010; dir. Christopher Ray) and the upcoming Mega Shark vs Mecha Shark (US-2013; dir. Emile Edwin Smith). You can read his account of the process in the Backbrain article Straight From the Mega-Shark’s Mouth.

Yet clearly the whole giant monster schtick is one that is close to his heart. His earlier Monster Island (Canada/US-2004; dir. Jack Perez – UB review) was an exercise in old-school SFX and tongue-in-cheek MTV nonsense, while coming soon is a SyFy Channel original called Blast Vegas, which features a giant storm-serpent. 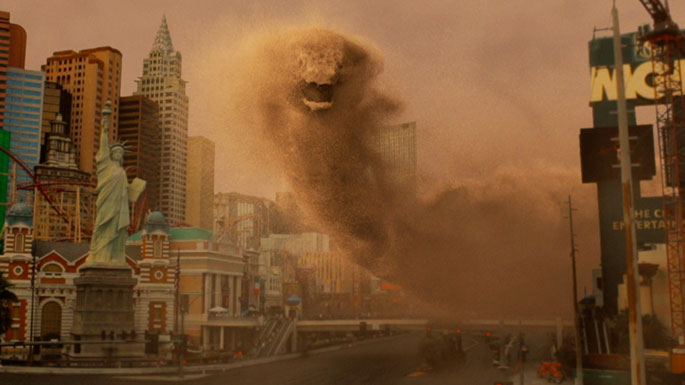 “I was the one who added the giant sand-snake to the story,” Perez commented, the bare premise being one of a curse that creates massive dust storms. “And there are some good moments in it. But that movie is a prime example of compromise up the wazoo — and the weakness of CGI when too many cooks enter the kitchen.”

Of more interest to the kaiju enthusiast, however, is his latest project — the beginning of a web series called Fear Force Five. 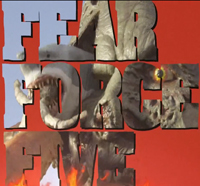 Why is it so interesting? Well, for a start, it has this in it: 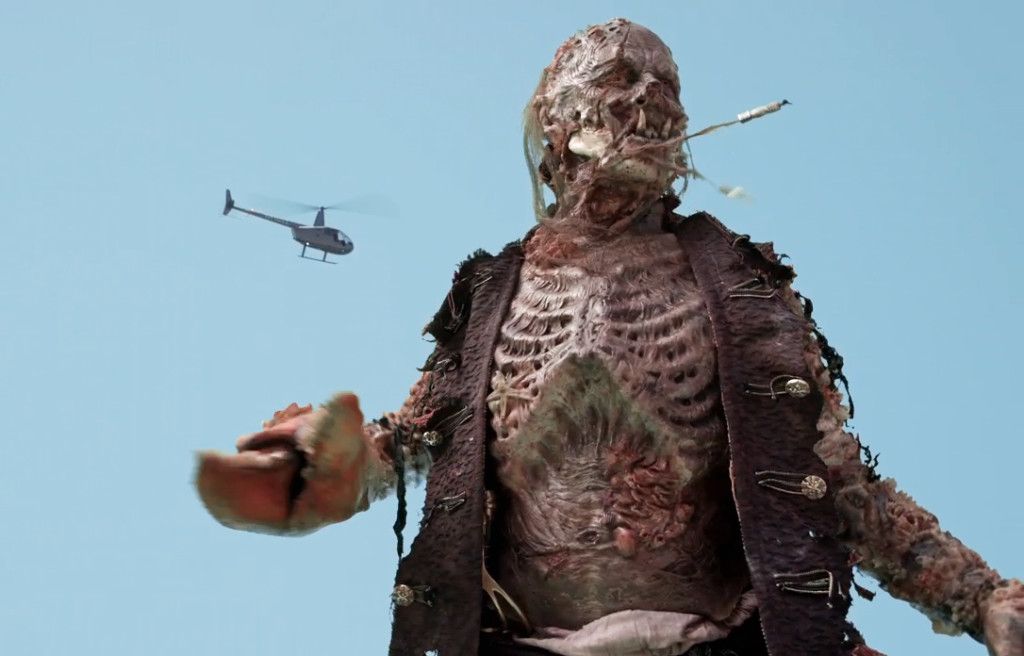 Now take a peek at the trailer:

When I saw that trailer, the first thing I thought of — notwithstanding the absence of a giant alien superhero — was the long-running  Japanese tokusatsu franchise Ultraman. It was the weird creature that did it — a giant monster that makes Godzilla and Gamera look feasible.

“Absolutely!” said Perez, when I put the question to him. “Ultraman was a big part of my childhood — a daily after-school ritual. In a way that show was much more surreal and free than any of the Toho features. It inspired me to go with my imagination regarding FF5’s monster-design. What would the 9-year-old me really like to see?”

The first three episodes of the series — which will premier on December 23 at CineFix and continue from there —  features what Perez describes as “a raging giant pirate zombie. With a giant lobster claw and a mutated shark swimming inside its skull — if you can believe it!” Oddly, I can.

The monster assaults a sleepy seaside community and the Fear Force Five team is formed to do battle with it.  “It’s the ‘origins’ chapter for sure,” he added. 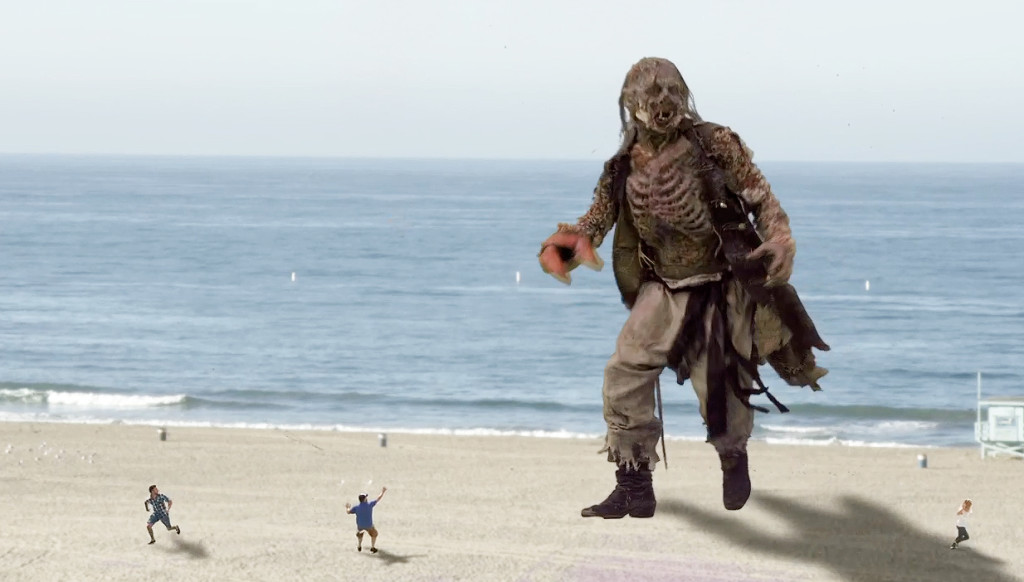 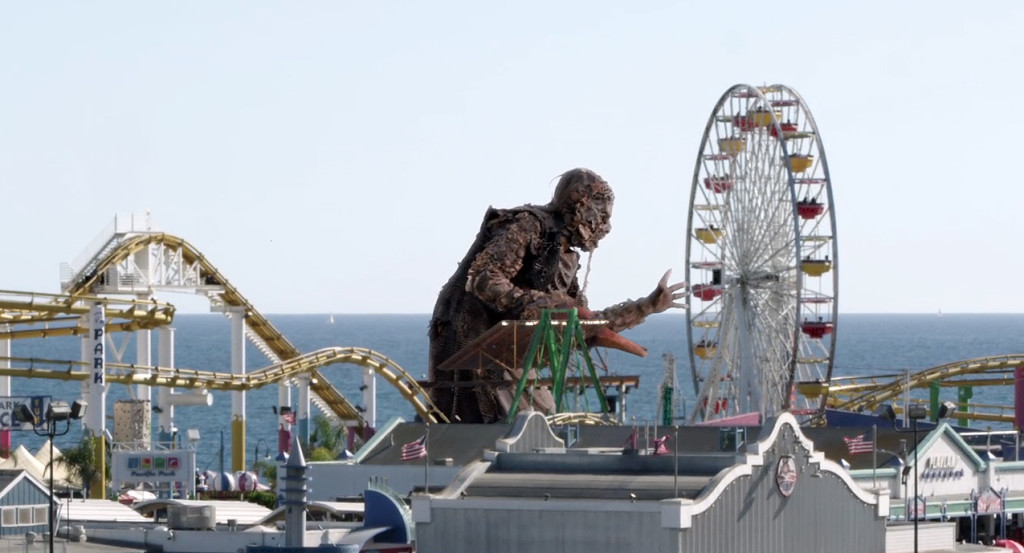 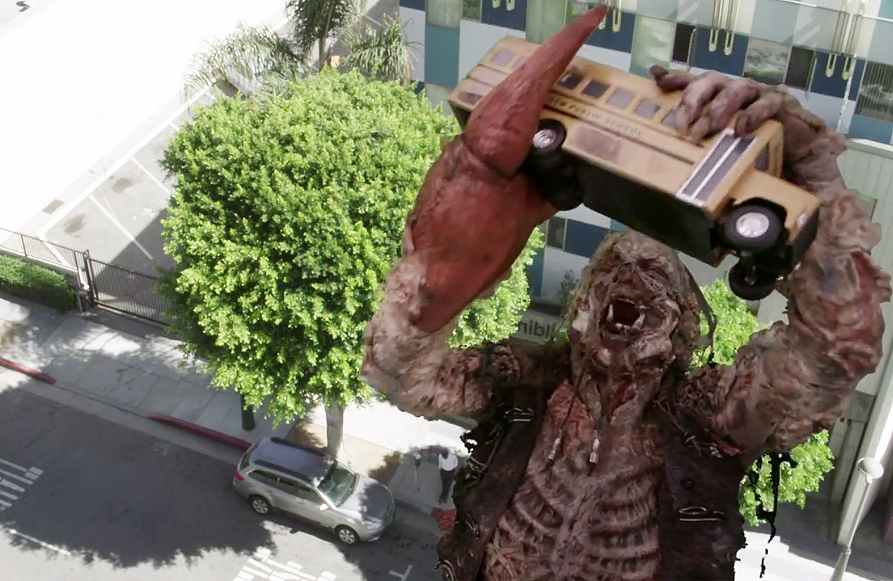 What follows from these three episodes is, he says,  “new whacked-out giant creatures attacking every week.” Just like Ultraman. “And the on-going personal dramas of the FF5 defenders which threaten to tear them apart and risk planetary destruction.”

I asked Perez about the appeal of all these surreal giant creatures.

For me, it’s mostly the scope of this genre. The sheer magnitude of giant creatures assaulting the planet. The imagery and the drama is inherently monumental. Of course, when you see this stuff as a child the impact is even greater.

In fact, making FF5 was like being teleported back to childhood, getting to work again with all those beautiful miniatures. Like when I was a kid making Super-8 movies! I love doing practical VFX, really get off on it. And directing a fully realized monster in a suit was a dream come true. Also the cast was terrific — a young bunch of very cool and thoughtful actors. I also had great fun working again with Rob Beckwith from Some Guy Who Kills People [Perez’s previous, non-kaiju film] and Vic Chao from Mega Shark vs Giant Octopus. 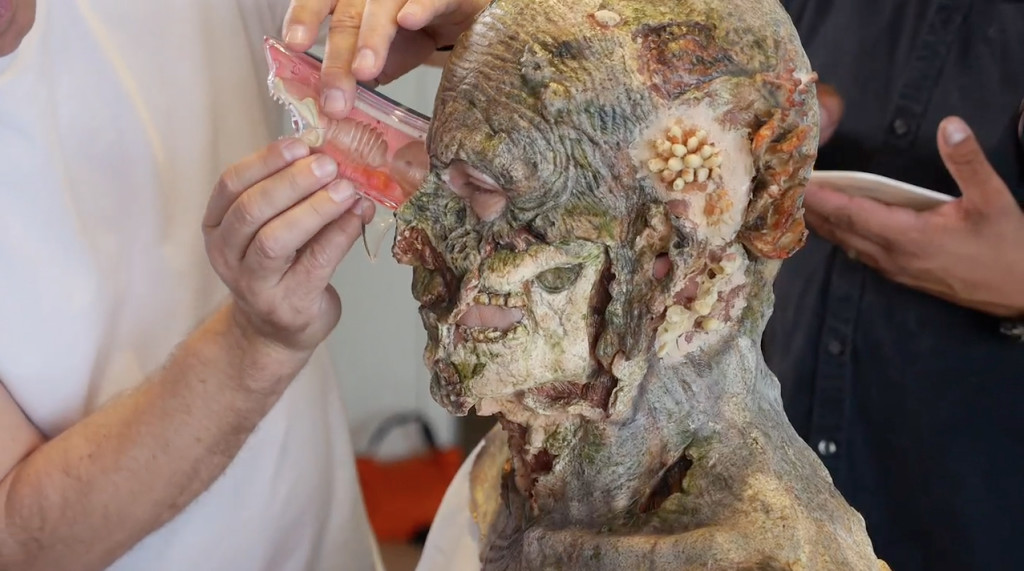 Given the behind-the-scenes problems he had with the production of his other giant monster efforts — problems that limited his ability to realise his vision — how did the production side of this one go? How is it reflected in the final product?

“Production was limited by budget as always, but the executive producers trusted me with the material and that meant everything. They allowed me to do my business and as a result the bizarre tone and style I was going for is preserved. Basically, the show is the show I set out to make.” 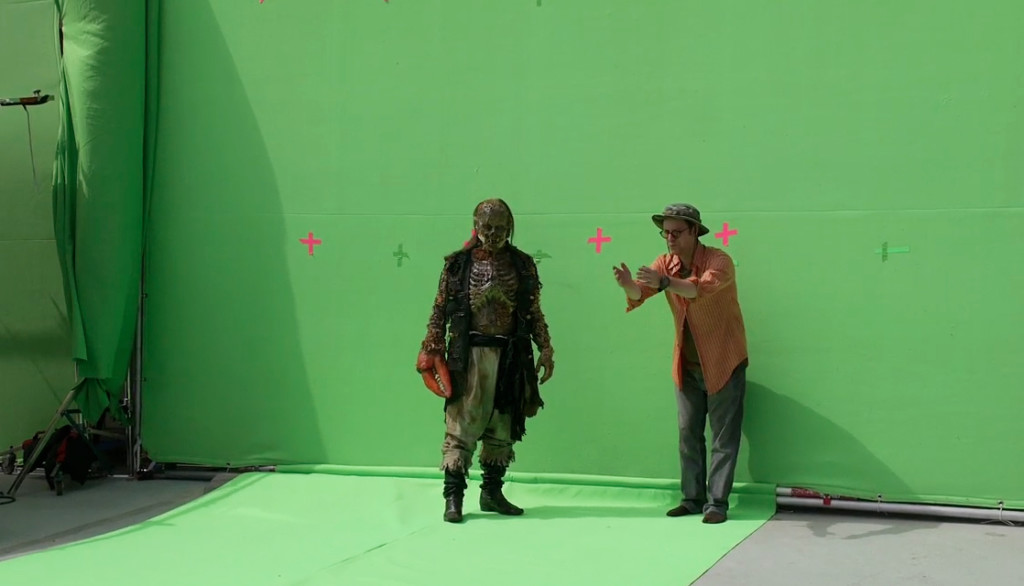 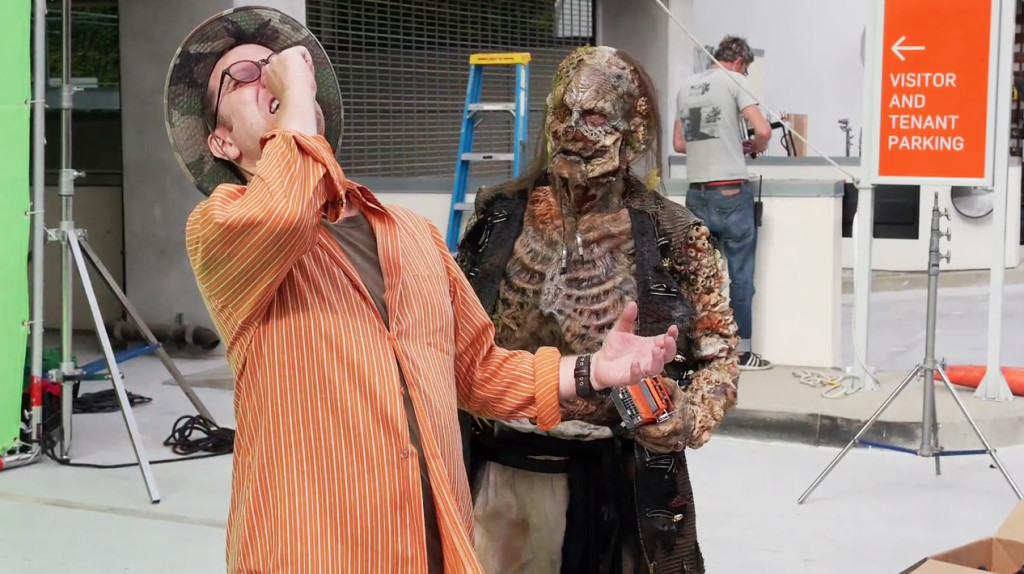 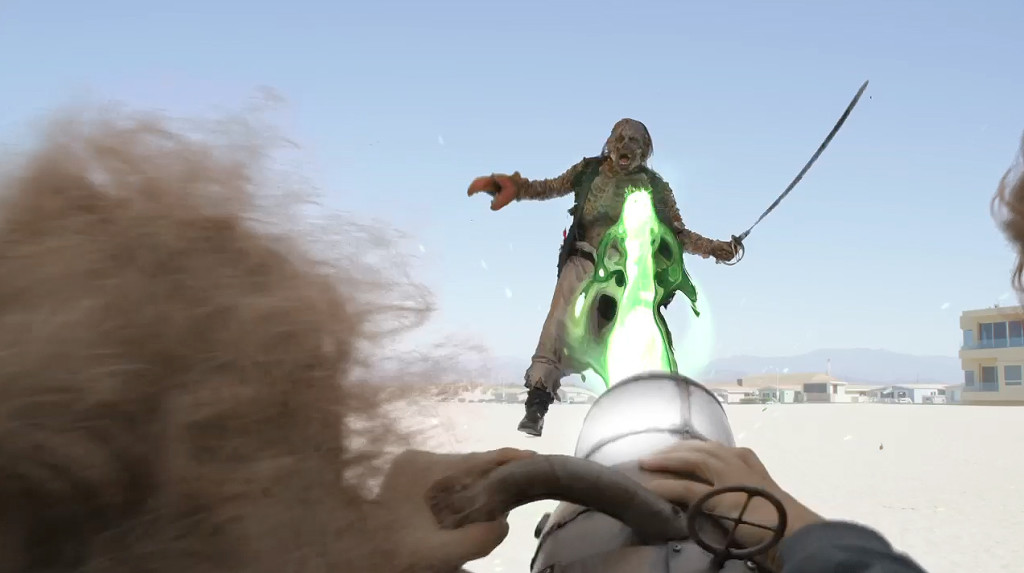 I asked Perez if more giant things were slouching towards his future, eager to be born.

“Hopefully,” he replied. “It’s a genre I tend to return to. And if FF5 gets picked up there’ll be an avalanche of giant monsters comin’ down the pike! So please, everyone, visit Cinefix.com starting on Dec 23. Hope you all enjoy it!” 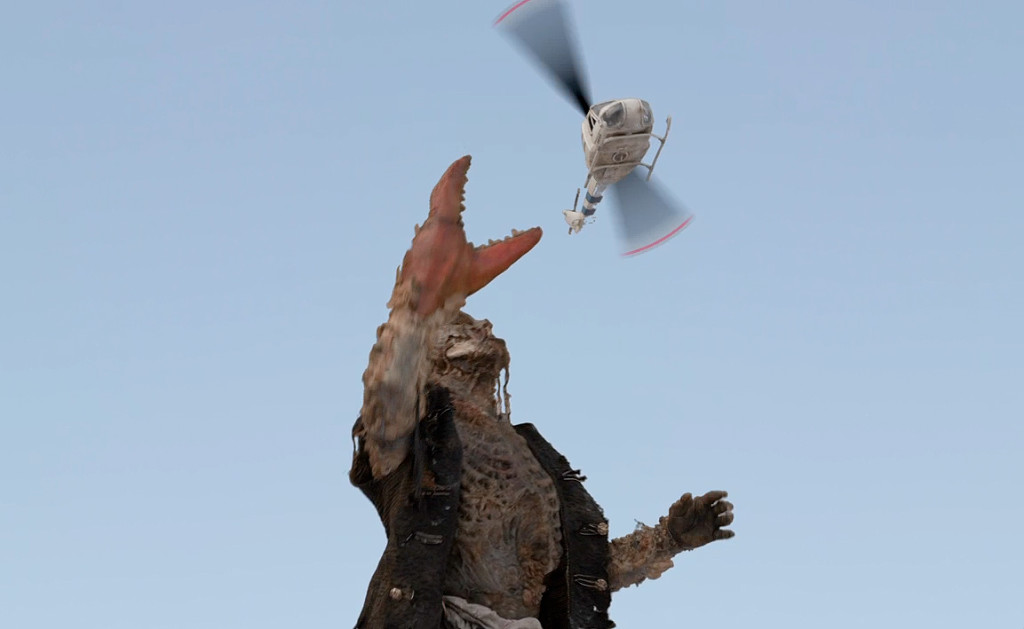