Lovechild of Audrey II and The Thing?

“Yeah,” he said. “It’s just a small thing about an alien plant.”

“How far along are you?” I pressed.

“Oh, there’s a script and some models. At the moment we taking colour test shots.”

Naturally I wanted to see more, so I pressed him for details. It seems the film is called It Grows and conceptually it’s “Alien meets The Thing meets Little Shop of Horrors meets The Blob.” Here’s the first teaser poster: 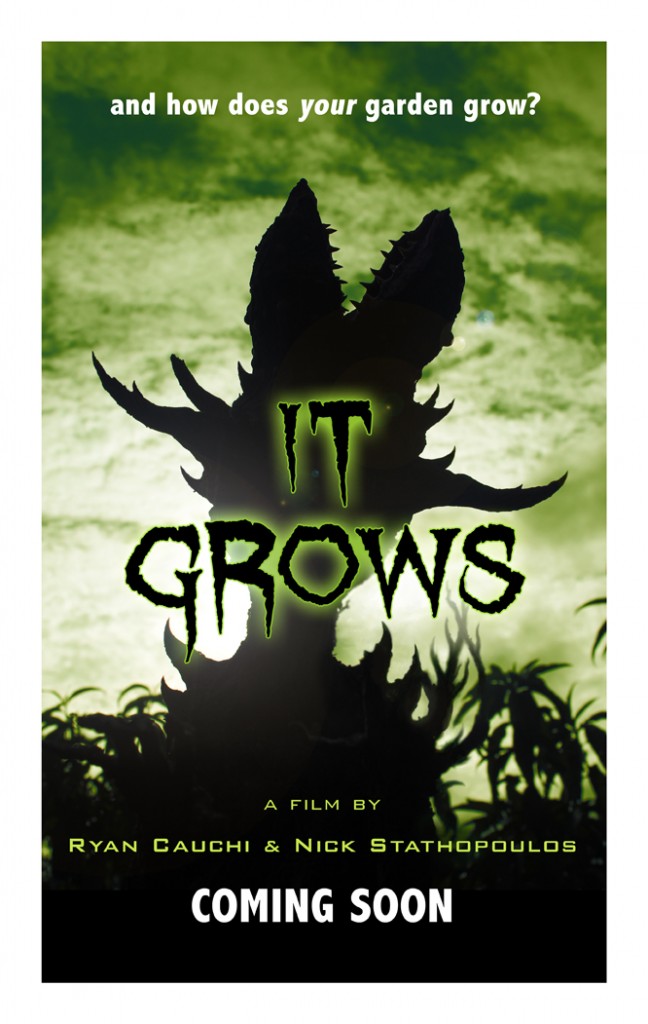 The project came about  [Nick explained] when Ryan Cauchi was directing my movie show See You Next Wednesday on TVS. He’s a talented young guy with a passion for film making and we talked about collaborating on some small movie, possibly for Tropfest.

We determined it had to be small and not too complex so we could actually have a chance of completing it. These projects notoriously fall in a heap, and it’s a huge investment of time — something I have little enough of as is. It had to be something that could be shot around my tumble-down terrace house; that used what we had at hand, and also took advantage of my ‘old school’ special effects approach. We both love puppets and models and a non-digital look. We’re shooting on a Canon 550D digital SLR camera, and the look is incredibly good.

Then he sent me some colour test images — the first ever seen by public eyes — and they are so good I officially can’t wait to see more. [Click on the images to get a closer look at the texture details.] 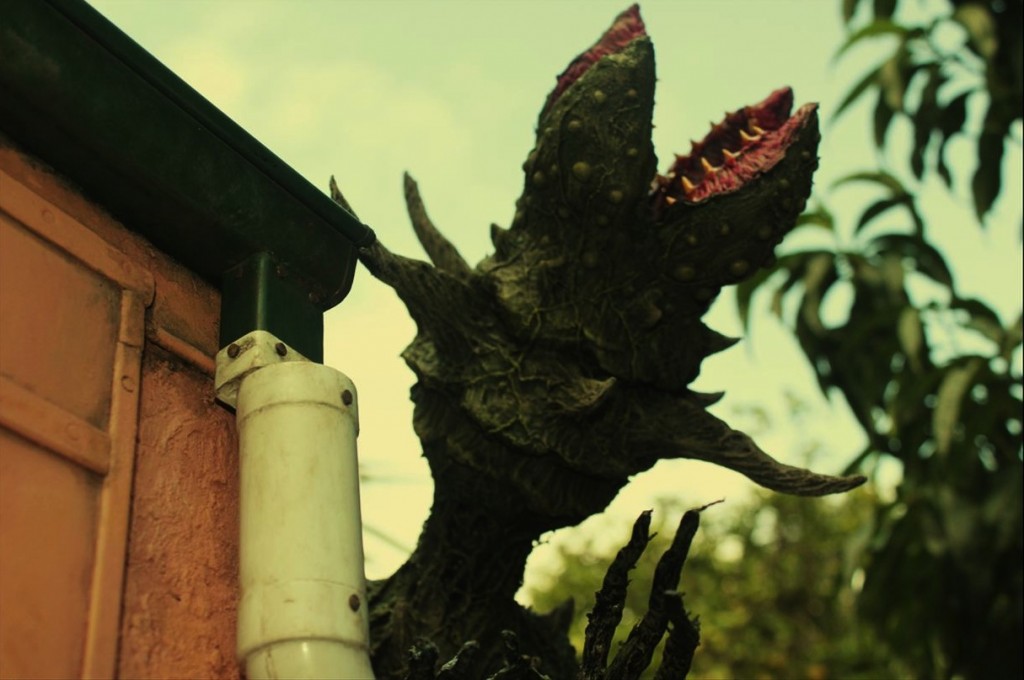 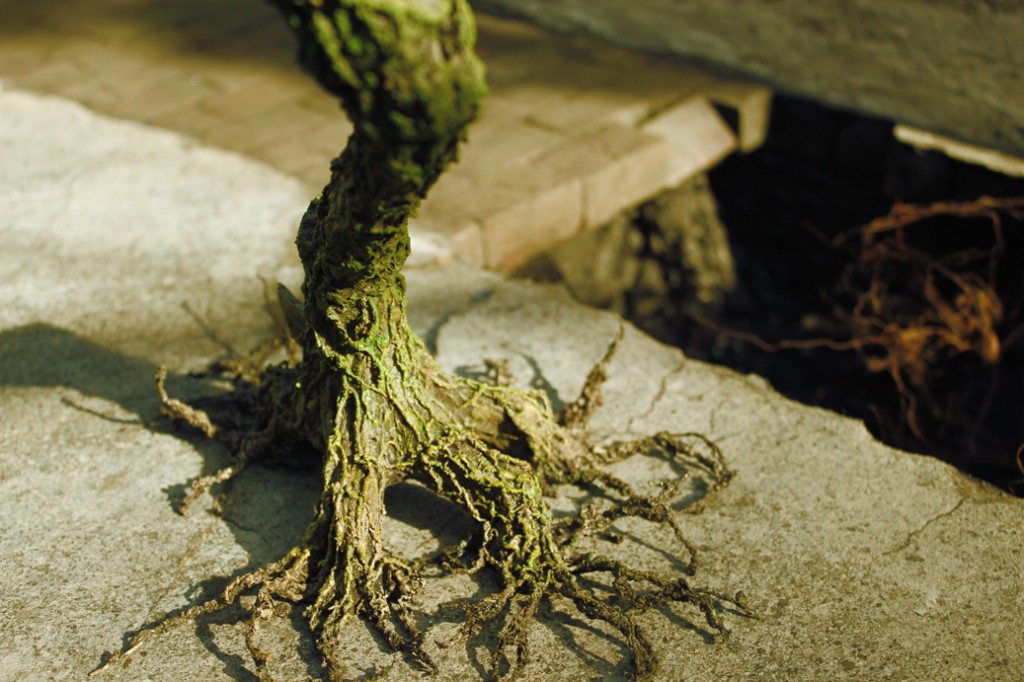 There’s a subsidence in my backyard, and I thought that would make a great crater … and that’s the germination of It Grows.

I wrote the script quickly, and then started sculpting. This was meant to be a quick, no-nonsense little film, but it’s been a protracted schedule due to other work and exhibitions, but I’ve just about finished all the models and puppets and we hope to start shooting when the weather clears. We’ve done hung-miniature tests and lighting and colour tests and everything looks great in a goofy kinda way. We’re both excited by what we’ve tested.

Go for it, guys! Your fans are clambering!

8 Responses to Lovechild of Audrey II and The Thing?