Update: It Grows Some More

Sydney artist Nick Stathopoulos has sent along a brief visual update on the film he’s working on with director Ryan Cauchi, It Grows. Undead Backbrain first released news of the film back in February and the boys have been working on it ever since, whenever they get the chance. From the image below, the film is getting more apocalyptic than I’d ever imagined.  It shows the Sydney skyline after the plant has well-and-truly taken root… 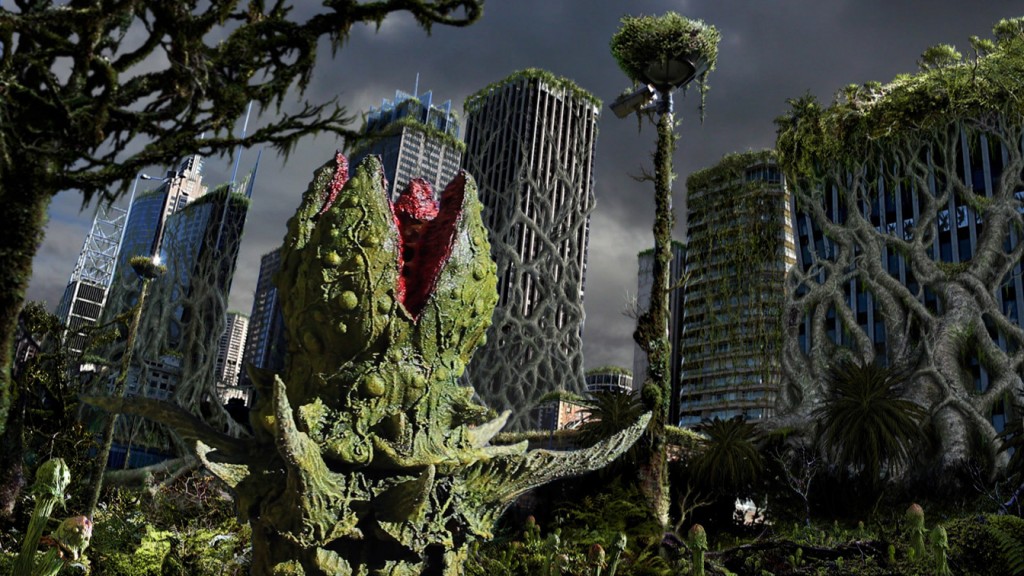 “This is a blue screen composite test from my little Tropfest movie IT GROWS. The matte painting of an overgrown Sydney has a moving sky, and that’s a blue screen plant creature in the foreground.

It’s the first test composite, used to check fringing, colour matching and contrast between the live-action plant and the matte painting. As you can see, it’s pretty damn good!”

I can but agree! Cauchi says they’re doing some more filming this weekend. Get to it, boys!