When I read Max Brooks’ post-apocalyptic zombie novel World War Z: An Oral History of the Zombie War several years ago I was impressed. An entertaining, structurally daring and unorthodox novel, it heralded a new wave of zombie fiction. It quickly climbed into bestseller territory — a heartening occurrence, as it is a well-written and unconventional book, thus proving that popular fiction doesn’t have to be badly written, derivative and painfully stupid. Unsurprisingly World War Z‘s success and its new take on the cultish, and suddenly trendy, zombie apocalypse made it an obvious choice for optioning by Hollywood, even though it boasts a structure I would describe as a hard sell cinematically. Because of this latter problem, however, I fully expected it to fade away in development hell. 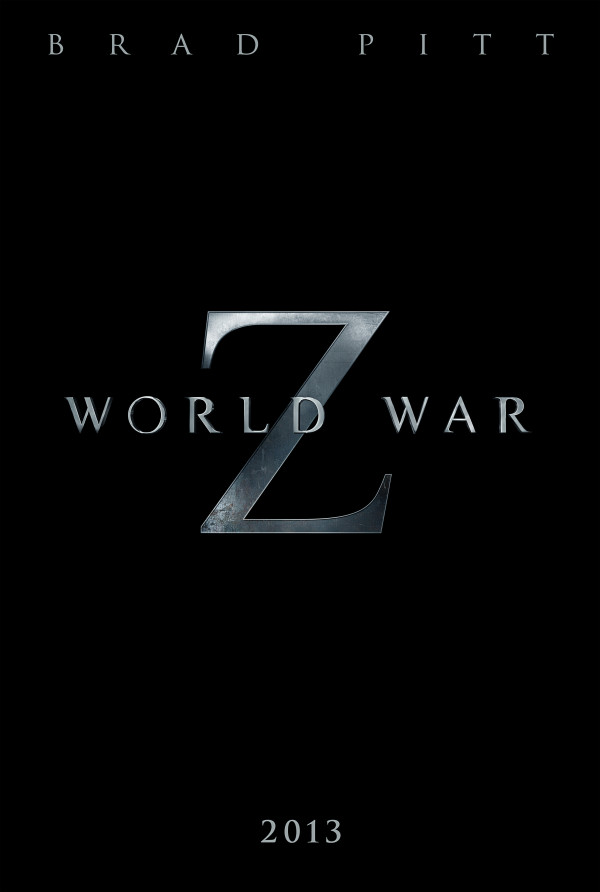 To my surprise the film option on the novel was not only taken up by Paramount Pictures, but development began on World War Z the movie fairly quickly. The production has been a long one, though, and I confess I often reverted to wondering if the movie would actually happen, suspecting that the difficulty of the novel’s translation to the screen may have scuttled it after all. But no! As you can see from the above one-sheet poster, World War Z, starring Brad Pitt, is scheduled for release next year — in fact, it is due to hit cinemas in Australia (and elsewhere) in June 2013.

Like everyone, I imagine, I had to wonder what the hell director Marc Foster (Monster’s Ball, Quantum of Solace, Machine Gun Preacher) and co. would do to make the novel more acceptable for cinematic consumption — and had to ask the inevitable question: “Will they wreck it?”. The jury’s still out on that, of course, but the newly released teaser trailer makes it pretty clear that significant changes have been made to “convert” the “unfilmable” book into a Hollywood-style blockbuster. Check it out here:

If you’re viewing this from outside Australia, try the following link:

In the original novel the zombie war has already taken place and the “author” of the book — a journalist working as an agent for the United Nations Postwar Commission — travels the world interviewing survivors from various countries, collecting their anecdotes into an oral history of the war. There is no overarching narrative (apart from a developing understanding of how different cultures and governments addressed the apocalyptic threat) and no central, dramatically active protagonist. The “agent” (Brooks himself) is essentially faceless and merely a conduit for the anecdotal experiences of others.

Clearly the film has (of necessity?) taken a different approach. Rather than presenting a post-apocalyptic history, “Brooks” becomes a directly involved participant in humanity’s struggle to make a unified response to the zombie plague. As the press release explains it: “In June 2013, one man (Brad Pitt) will race against time to bring a divided world together on the eve of its final hour. Every culture, every weapon and every army will rise because the only hope for survival is war.” 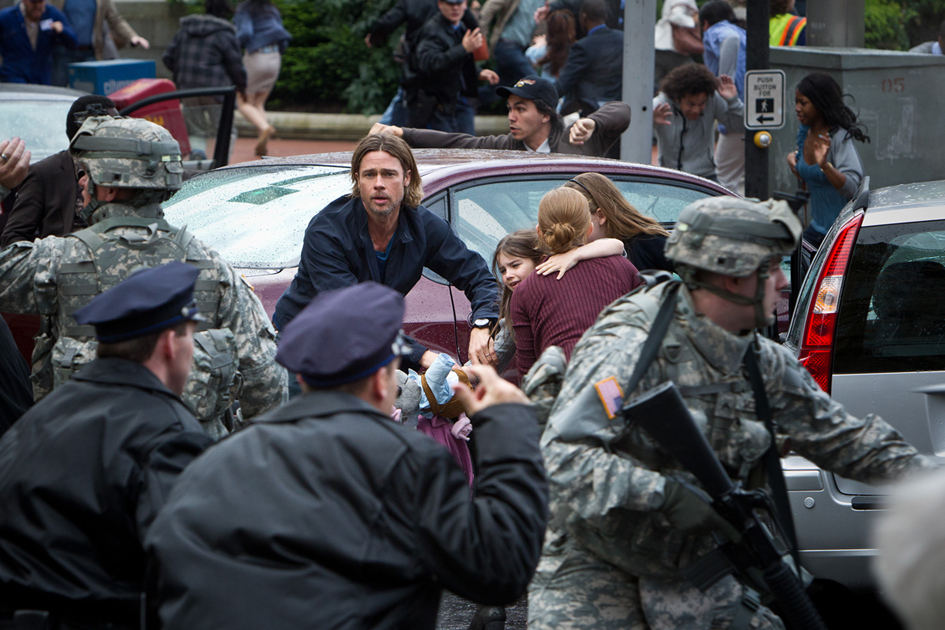 Obviously this represents the superimposition of a more “plot-like” dynamic onto the novel’s central concept of a “zombie war” in order to give the film dramatic focus. Pitt’s Brooks becomes an active protagonist rather than a passive conduit for the recounting of events that have already happened. Fair enough, but “the story” does rather become a different entity as a movie, with a different relationship to the original material than most dramatisations, even those that play free and loose with the source. Whether it still captures the elusive essence of the novel will be revealed in June next year.

Either way, it might be interesting, as an action thriller, if not horror film.

Note on the Novel’s “Predecessors”:

Insofar as the novel World War Z mimics the qualities of a journalistic history, it feels unique, abandoning consistent point-of-view linear narrative for a wide-ranging anecdote-based overview. In many ways, of course, this approach isn’t exactly unique at all, as fictional histories have existed well before this. Some examples that come to mind are Olaf Stapledon’s  Last and First Men: A Story of the Near and Far Future (1930) — which offers a vision of the future with all the objective distance of a history book, reminiscent, at least in manner, of H.G.Wells’ historical essay/novel, The Shape of Things to Come (1933) — and even more so Daniel Defoe’s fictionalised account of an apocalyptically plague-wracked Britain in A Journal of the Plague Year (1722). But Brooks’ use of fictional history is, as far as I can recall, the first to apply the technique to the zombie apocalypse and was a logical progression from his previous zombie hit, The Zombie Survival Guide (2003) — a pseudo handbook for dealing with the Z-apocalypse.