A Daikaiju in Ancient Rome 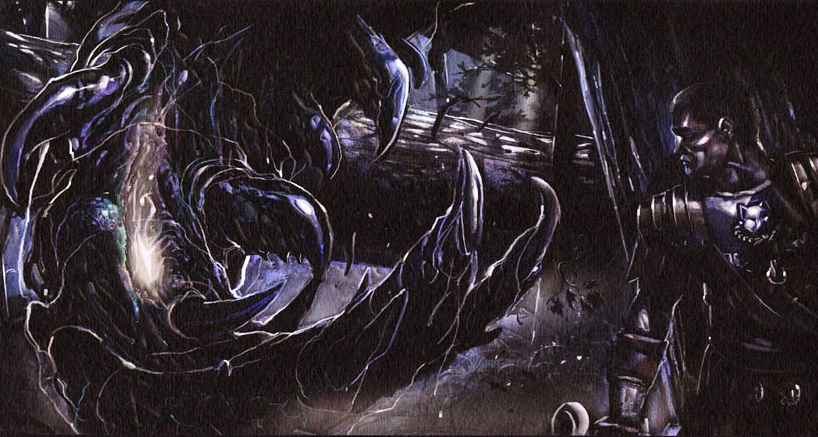 300 meets Cloverfield? That seems to be the concept behind Peter Briggs’ attempt to create a new “tent-pole” franchise, Mortis Rex (though anyone who has been reading the Backbrain regularly might catch a whiff of Outlander as well).

Here is the official logline:

Mortis Rex is an Ancient Rome monster movie. In 123 AD, a disgraced Roman war hero is sent to defend a Roman garrison stationed in remote Scotland from a spate of mysterious killings.  The hero reclaims his rightful warrior status by uniting with the local Druids and vanquishing a terrifying supernatural beast.

According to the website, it’s a “terrifying, fantastical action movie in the vein of Brotherhood of the Wolf” … though presumably the monster, as depicted in the storyboard art above, is very large indeed and not some artificial construct.

Briggs, who co-wrote the first Hellboy movie and has been involved in the writing of a few other high-profile genre franchises, commented:

“As a former cinematographer, and as a screenwriter writing on some of the most memorable Hollywood tent-pole horror and sci-fi franchises of recent years, I’ve used that to shape Mortis Rex into a highly accessible piece of entertainment: by turns both an action-packed thrill-ride and equally a scary, heart stopping nail-biter. Working with Intandem and their expertise in film finance and sales, I’m excited about the potential of the film.” (BloodyDisgusting.com)

AD:122 when our chilling tale begins….

In an isolated region of the Roman Empire, a Disgraced Roman war hero, Cassiius, has been sent to defend a Roman garrison, following a terrifying spate of mysterious and brutal killings. Or hero reclaims his rightful warrior status by uniting with his fellow Roman Legionaries and a beautiful Druid warrior maiden from the local village. Their mission … to vanquish a terrifying supernatural beast that has been spewed from the mouth of Hell…

“Mortis Rex” is Latin for “King of Death”.

The film is budgeted at $25 million and will begin filming in the second quarter of next year.

4 Responses to A Daikaiju in Ancient Rome