Independent producer Brett Piper’s tireless career in low-budget monster films continues with this report that his giant monster flick Queen Crab (which Undead Backbrain reported on back in August last year) has finished principle photography and is now in the rather extensive and demanding post-production stage. Piper is currently in the exciting phase of inserting the film’s special effects — rather significant in the light of his inability to cast a certain rather prickly actress (pictured below after negotiations failed) in the role of a house-sized crab (see interview that appears as an addendum to this article), forcing him therefore to resort to his favoured stop-motion techniques and all the demanding hands-on work that entails. 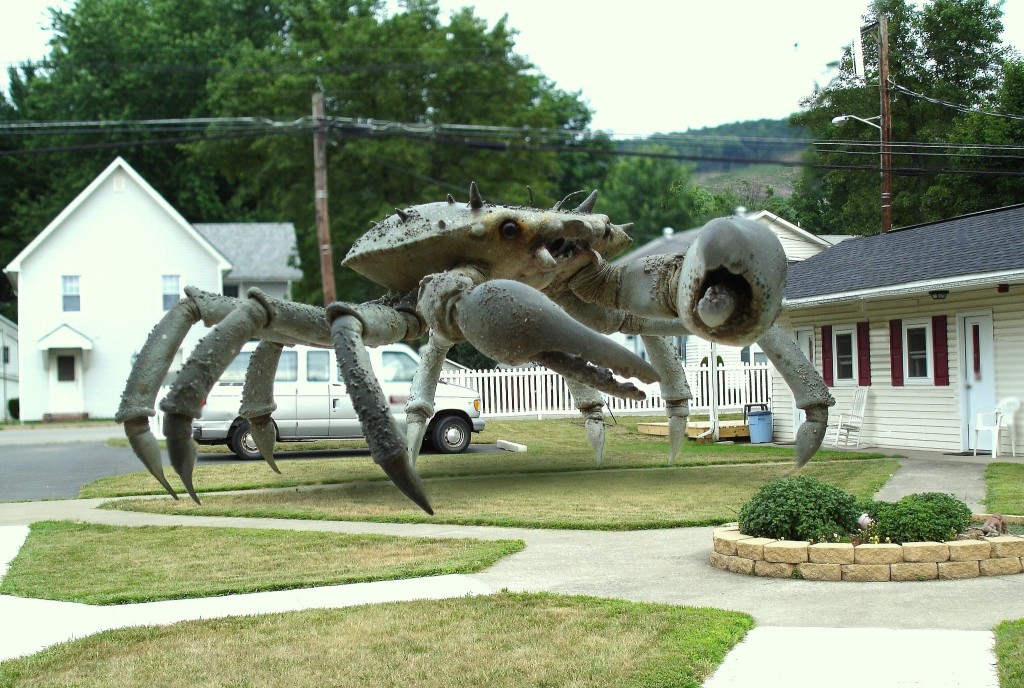 Piper reassures us, however, that everything’s looking good for a timely finish to the project and has released the following screen-shots of the human participants: 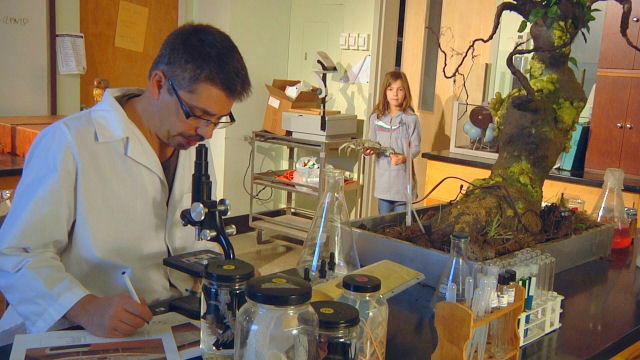 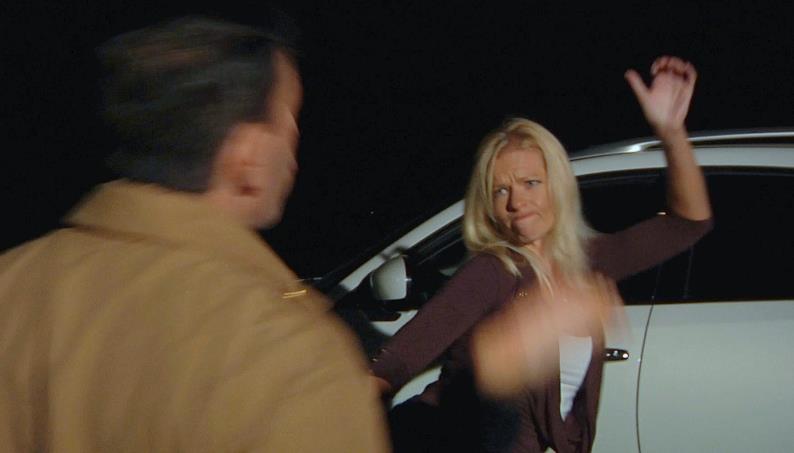 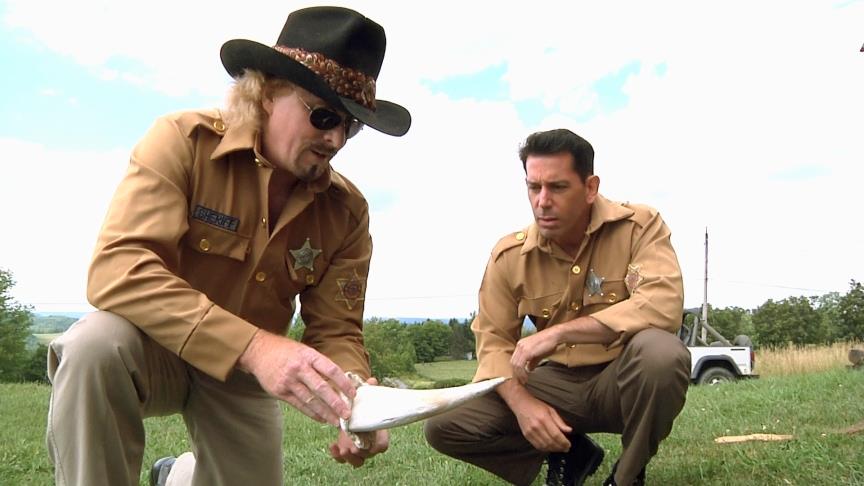 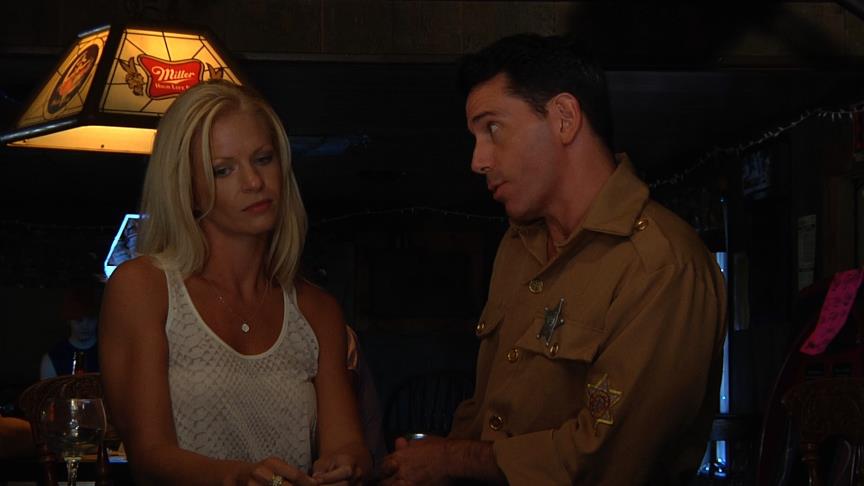 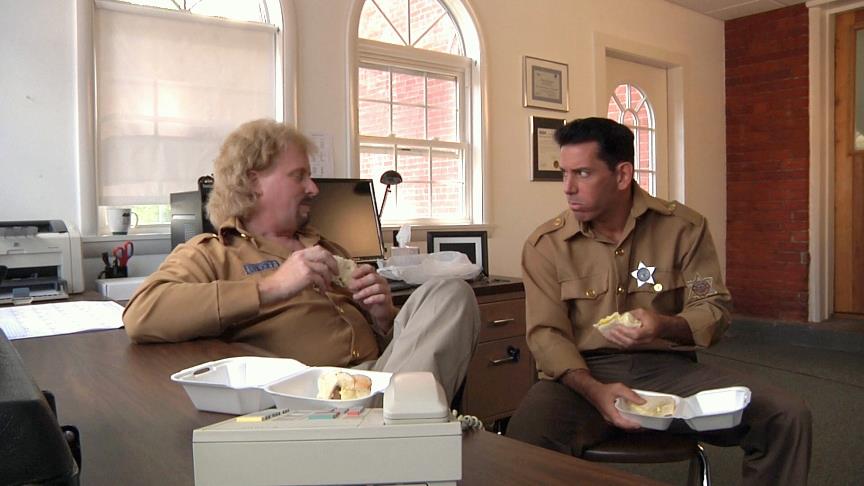 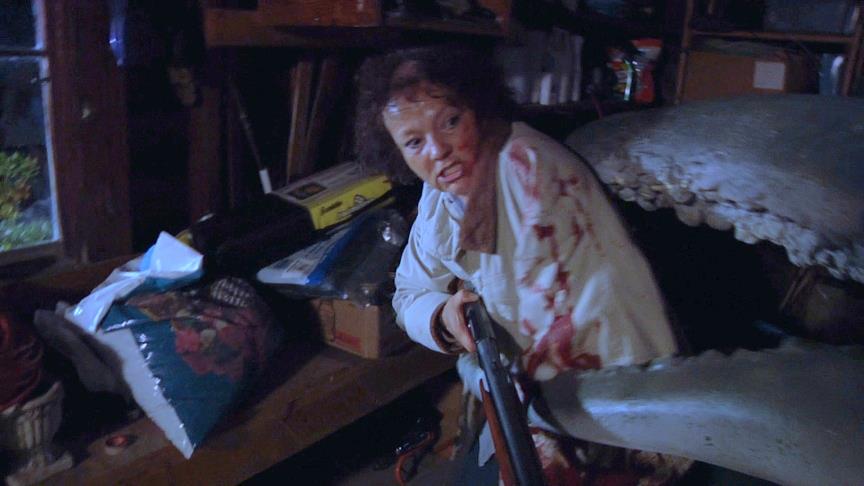 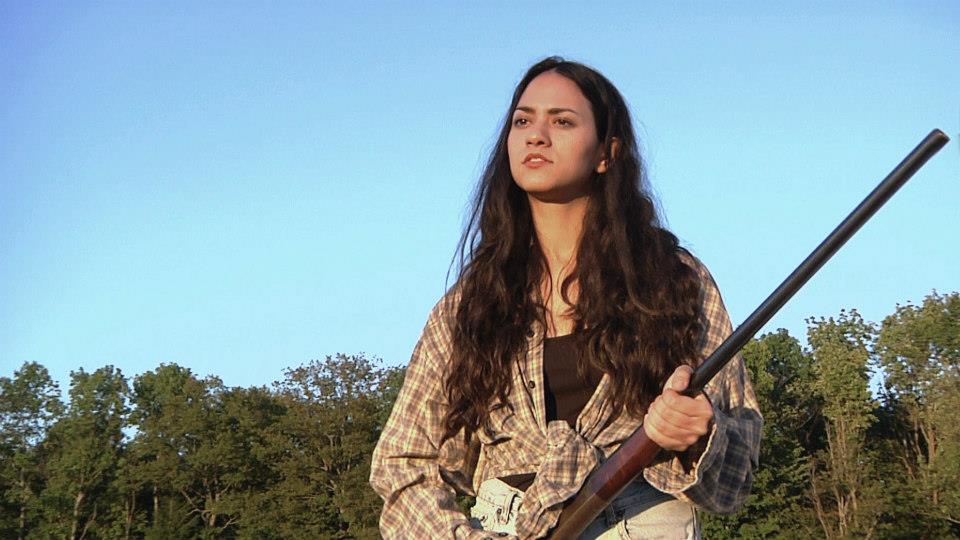 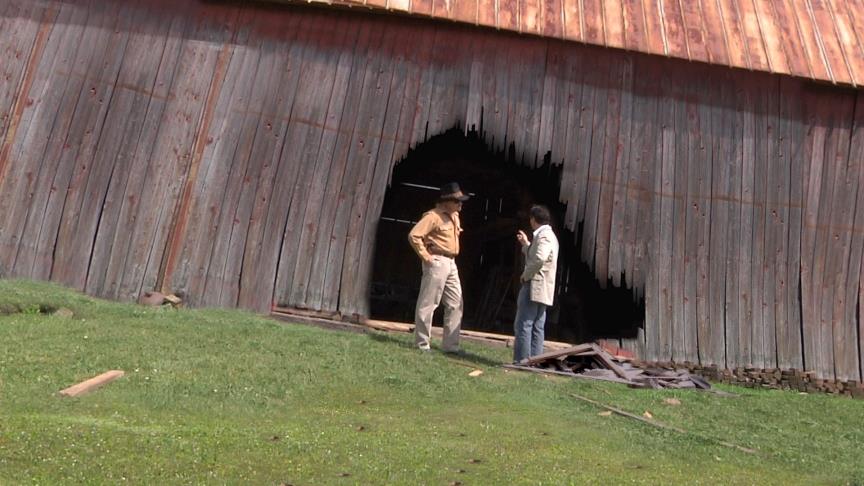 Below is a glimpse of the Queen Crab model and the miniature sets required to make her look bigger — a bit like making Tom Cruise perform on a box. 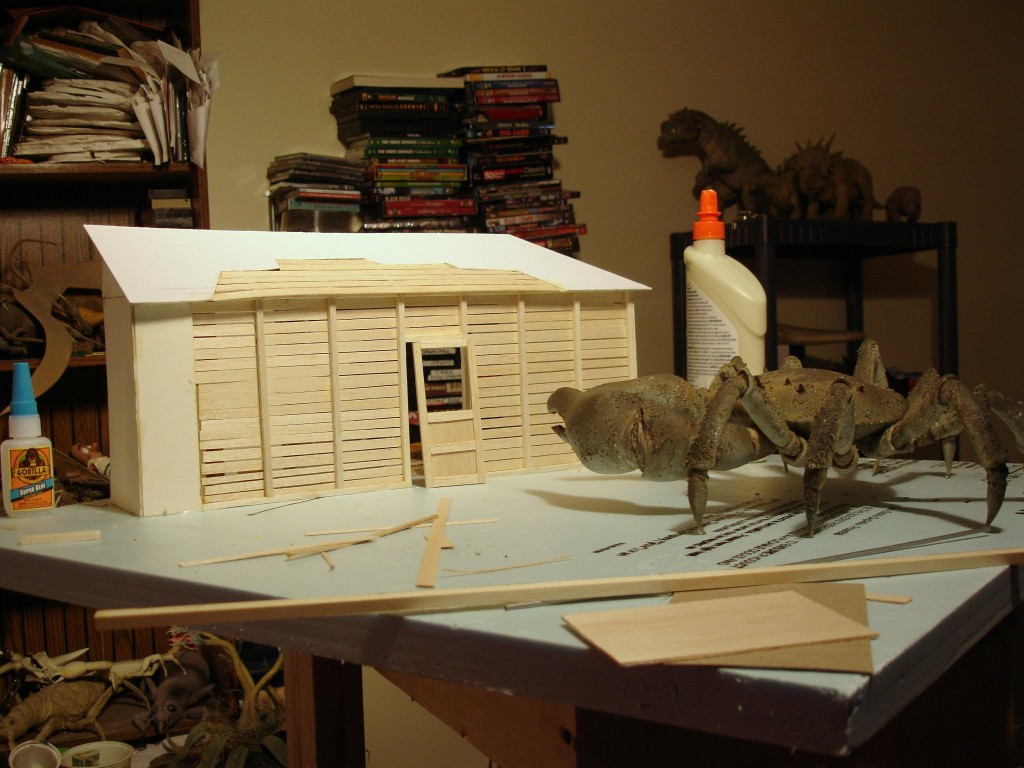 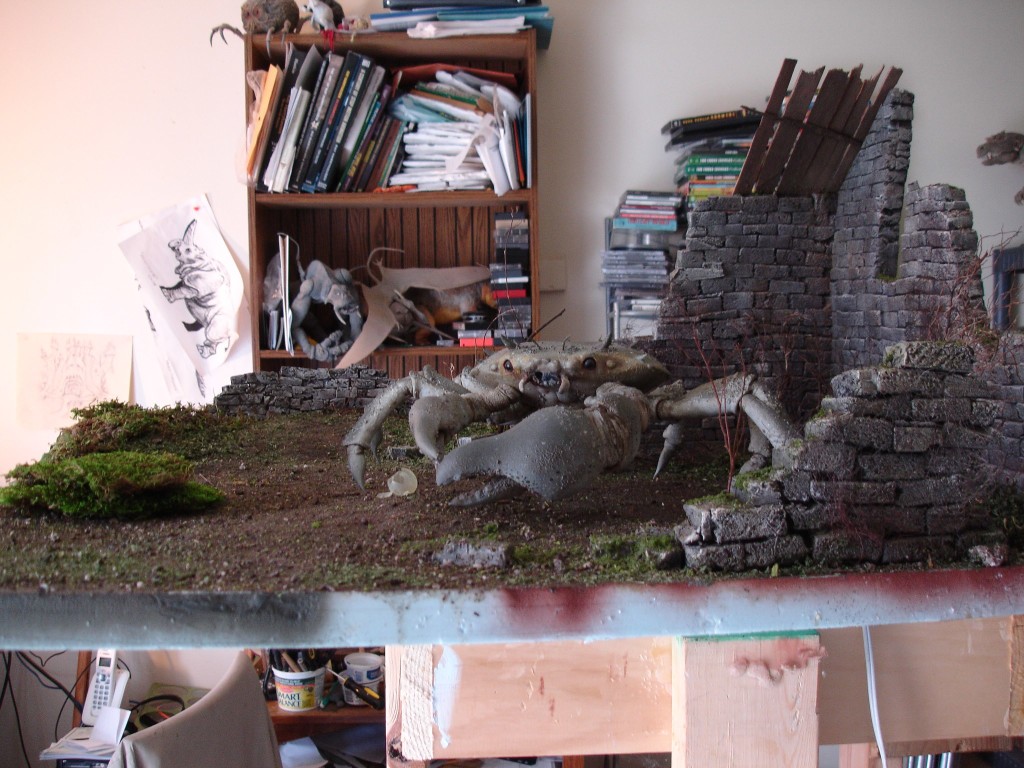 In other related news, Fred Olen Ray’s Retromedia Entertainment has picked up Piper’s  Lovecraftian horror film, The Dark Sleep, for distribution, and if all goes as planned, the ambitious Polonia Bros production will be released on DVD under the title “H.P. Lovecraft’s The Dark Sleep” in the United States and Canada in April 2013.

“I’m pleased. I think they’re the right guys for the job,” Piper, who wrote and directed the film, said about his new partner-in-exploitational-crime. “Retromedia Entertainment specializes in low budget genre movies for the fans of our type of picture so it should be a good match.” International sales will be handled by Tomcat Films. An effects-heavy haunted house shocker, The Dark Sleep is loosely based on H.P. Lovecraft’s short story “Dreams in the Witch House”. 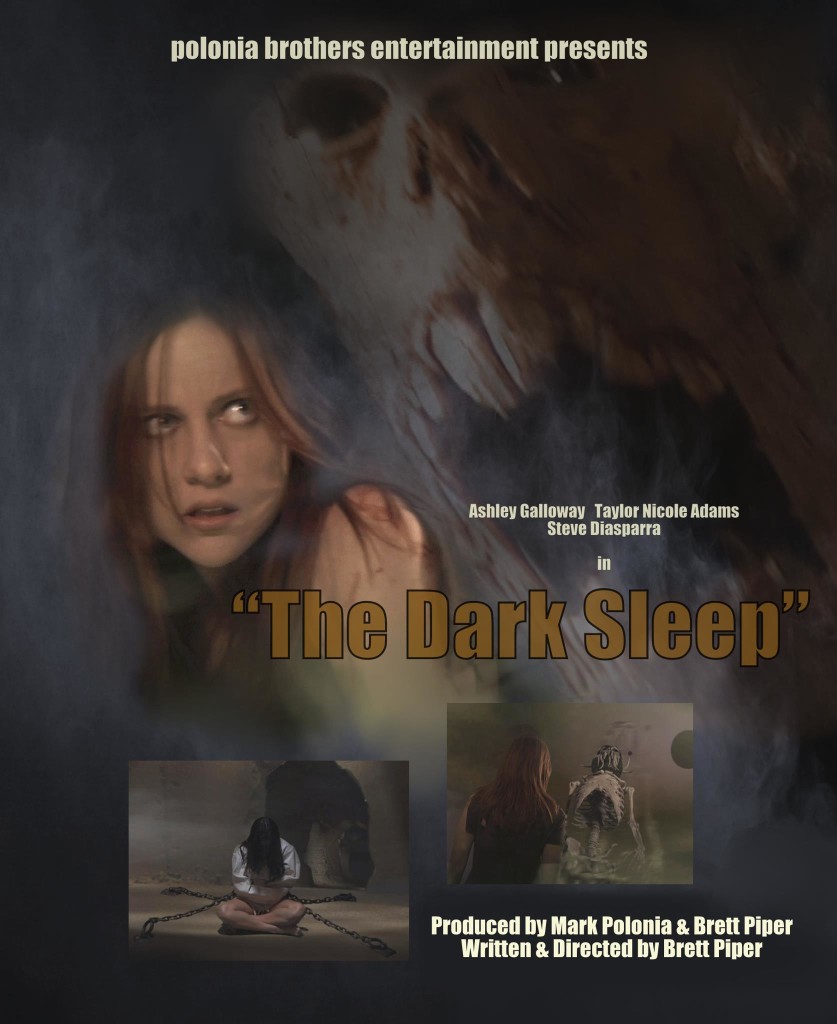 For more, see this Backbrain article: Of Giant Crabs and Lovecraft (where you can view the embedded trailer) as well as Piper’s Facebook page.

Addendum: Interview with a Giant Crab

Curious about Brett Piper’s failure to cast a real giant crab in the title role, we tracked down the actress originally slated to appear as Queen Crab. Due to a legal injunction we are unable to name the actress, though she agreed to talk to us.

Undead Backbrain: So, Ms XXXXX, why couldn’t you and Brett Piper come to an agreement?

Anonymous Crab: Negotiations started badly. My agent insisted that Piper come to my house, as I know how these sleazy super-sophisticated Hollywood-types like to gain advantage over poor innocents from the Boondeeps by drawing them into an unfamiliar and daunting environment. Piper, however, refused. There was no leeway.

UB: What reason did he give?

Crab: His was a low-budget business, he said. Ha! He claimed he didn’t have the resources or the diving-bell that would be necessary for him to reach the bottom of the Mariana Trench…

UB: Which is where you live?

Crab: Yes. Ridiculous, isn’t it? It’s deepest point is only 36,198 feet down. Anyway, I showed a willingness to adapt and in the end he agreed we could simply talk via submarinal Skype.

UB: So what happened then?

Crab: Honestly? Before the scheduled meeting I checked out his webpage. I saw that he used stop-motion animation quite a bit in his films. I didn’t feel I could compete with that. It made me… you know, insecure. If I took this role everyone would simply assume I was a stop-motion creation. I ask you, how would that help my career?

UB: So you do have ambitions in the film industry?

Crab: Oh, yes, in fact I already have an offer from a major producer.

Crab: That’s still confidential, but the role is a much coveted Shakespearean part.

Crab: The Taming of the Crab. Do you know it?

Crab: Thank you. The producer said my role would be an absolutely delicious one, central to the success of the project. Those were his exact words. Apparently it’s being filmed in a fancy restaurant that overlooks Sydney Harbour. You’ll be yummy in the part, he said. He’s such a sweetie. I can’t wait.