B-Movie Celebration: I Am A Ghost

I Am A Ghost (US-2012; dir. H.P. Mendoza) is a film I instinctively love, though so far all I’ve seen is the trailer, some screenshots and a press release. Oh, and the following poster: 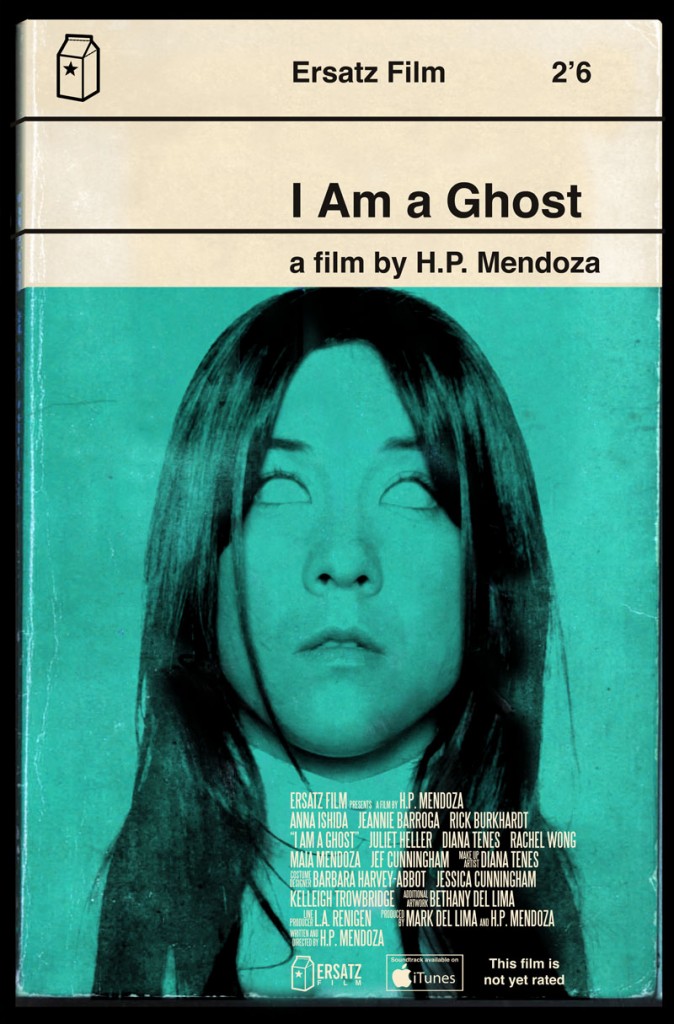 The fact that the above poster has been designed to look like a book cover is both telling and very cool. It suggests an intent to give the film a distinctively literary ambiance, totally in keeping with descriptions of it as both “experimental” and “horror”. What it should not be taken as is an intimation that the film lacks true cinematic qualities. Though limited in setting and cast, the trailer reveals an evocative visual palate and atmospheric cinematography. For me, the film’s closed setting creates a claustrophobic ambiance that plays into its themes and evokes just the sort of quiet creepiness that works best for haunted house movies.

Taking place in a single Victorian house during an indeterminable time period, I Am A Ghost is a supernatural mystery that explores identity mixing experimental non-linear filmmaking with classic haunted house spookiness.

Emily (Anna Ishida), a troubled spirit, haunts her own house every day, wondering why she can’t leave. With the help of Sylvia (Jeannie Barroga), a clairvoyant hired to rid the house of spirits, Emily is forced into a ‘patient/therapist’ relationship, uncovering disturbing mysteries about her past that may help her move on to ‘the next place’.

Spooky, atmospheric and experimental, I Am A Ghost is the second narrative feature from H.P. Mendoza (writer of Colma: The Musical and director of Fruit Fly). 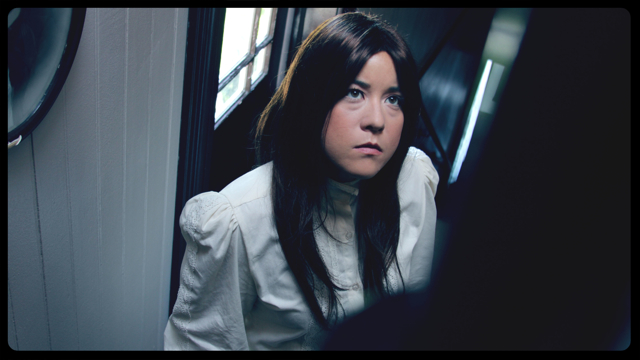 Above and below: Emily (Anna Ishida) investigates a noise coming from the attic 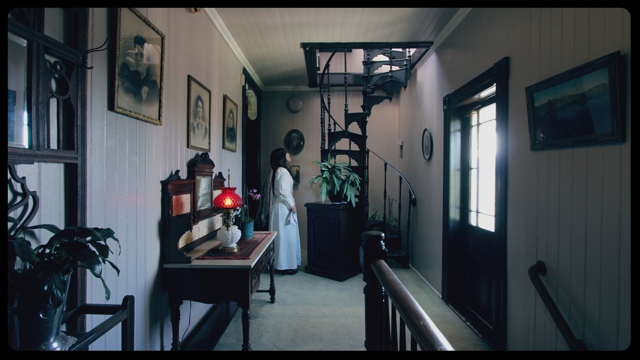 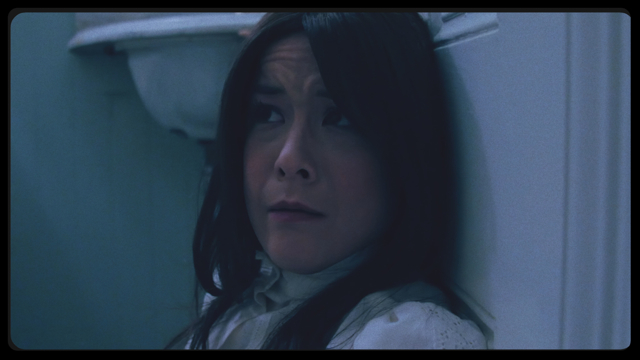 Above: Emily listens to a demon through the bathroom door 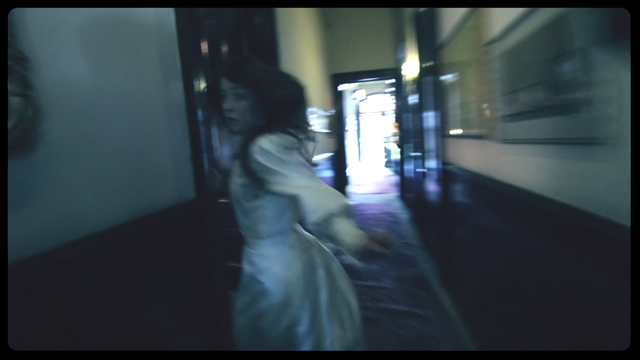 Above: Fleeing from a malevolent force

Writes Mendoza about the basic theme of I Am A Ghost:

I’ve always fantasized that one day I’d be reminded that I’ve been dead for a while and that I’ve just been such a space case I simply forgot. Sometimes I’d even fantasize that the current moment I’m in is actually nothing more than a past memory to which I’m retreating because I can’t deal with the present condition I’m in.

About 20 years ago, I was chatting with magician Christian Cagigal about hauntings and supernatural occurrences. He introduced the idea, new to me, that hauntings could possibly be nothing more than imprints in time, like fingerprints or scents. He likened hauntings to “recordings” or “snapshots”. I asked him then, why can’t the living haunt a house as well. He didn’t have an answer for me. I suddenly thought of ghosts as pitiful things, oblivious to their own state, stuck in scattered memories for eternity.

I fell in love with the idea of a movie that wandered throughout a house following a ghost through her memories and that the only thing that would trigger any suspicion in the audience’s mind would be the fact that some memories repeat. As I wrote the script, I realized that I Am A Ghost would have to be a pretty intimate shoot, seeing as how it would be a camera watching one actor for the entirety of the film. That’s when I decided I would shoot the film myself. (Press Release)

When asked, Mendoza cited his inspirations as Stanley Kubrick and Stan Brakhage among directors, and The Shining (Stanley Kubrick), The Haunting (Robert Wise), Picnic at Hanging Rock (Peter Weir) and Persona (Ingmar Bergman) in terms of films. The influence of all these seems clear, even just on the basis of the trailer. 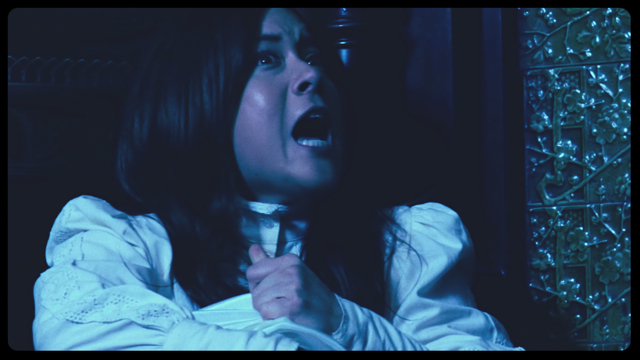 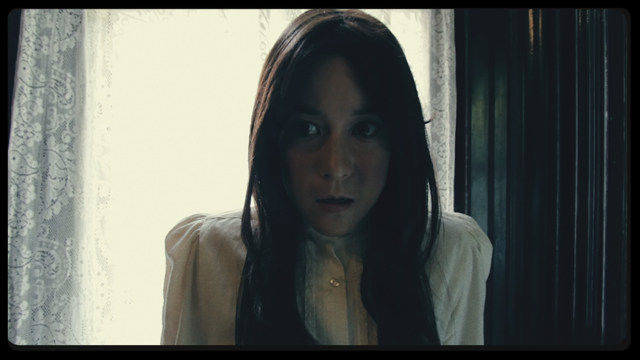 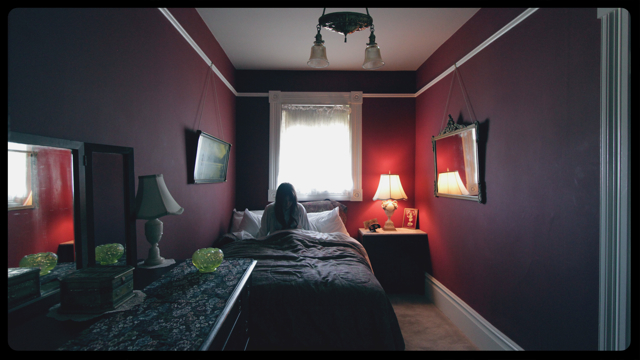 This breaking discovery will feature at the 6th Annual B-Movie Celebration’s Film Festival to be held in Columbus, Indiana during September. What better reason to be there!

But if you want more, check out on its website the rave reviews I Am A Ghost has been getting:

With frosty cinematography and a meticulous mise-en-scene, [I Am a Ghost] anticipates the burgeoning of a more sophisticated, inclusive kind of horror. — Curran Nault, SFIAAFF30

I Am A Ghost is a strange beast, part experimental film and part supernatural horror, the film goes places you wouldn’t expect and I was hooked early on. — J. Hurtado, twitchfilm 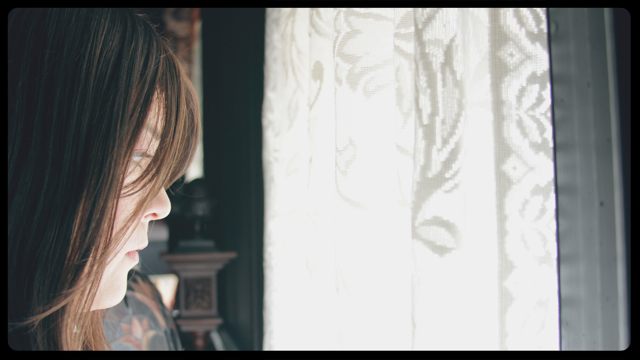