French Bugs in Development: An Interview with Julius Berg 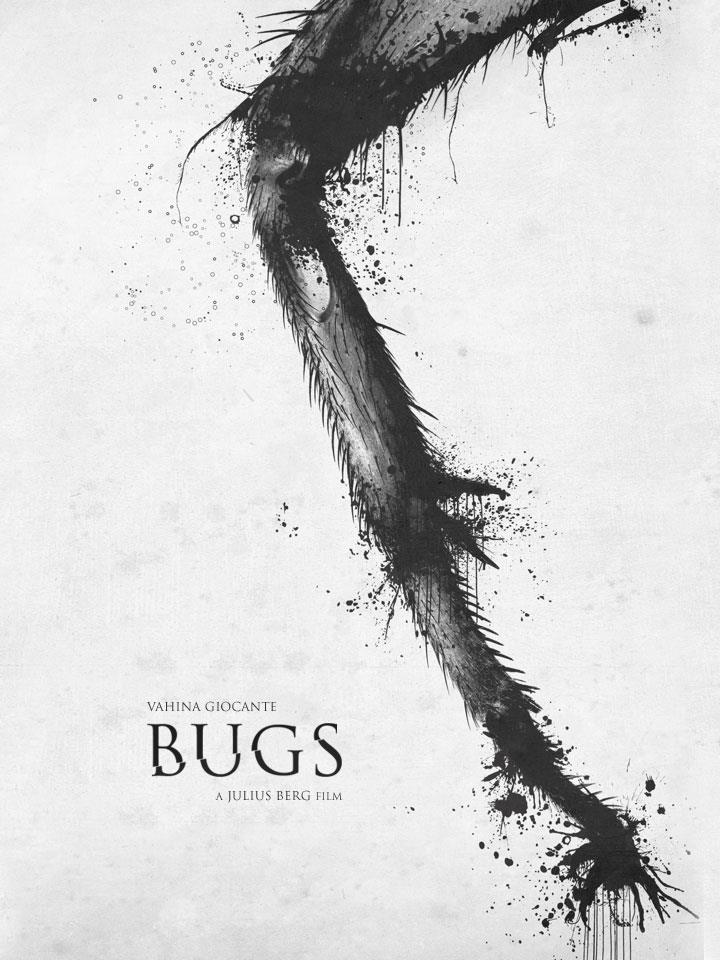 Bugs is a French feature film project, one that not only shows a lot of promise, but also includes one of the Backbrain’s favourite giant monster species — insects.

Remember all those great mutant bug movies of the 1950s? The Deadly Mantis (US-1957; dir. Nathan Duran) speaks for itself, but there was also the cut-out giant locusts of Bert I. Gordon (Mr B.I.G.)’s The Beginning of the End (US-1957), the giant killer bees of Monster from Green Hell (US-1957; dir. Kenneth Crane) and the no-contest classic of them all, the giant ants of Them! (US-1954; dir. Gordon Douglas). If we add giant arachnids (though they’re not actually insects, of course), represented by the excellent Tarantula (US-1955; dir. Jack Arnold), that other Mr B.I.G. entry Earth vs the Spider (US-1958; dir. Bert I. Gordon), along with the stop-motion animation favourite The Black Scorpion (US-1957; dir. Edward Ludwig), the decade certainly managed to make giant-sized cultural icons out of our creepy-crawly six- (and eight-) legged buddies.

Since then there have been many more, even leaving aside the insectoid opponents of Godzilla, such as Mothra, the super-sized mantises known as Kamakiras, the giant spider Kumonga (aka Spiga) and the giant dragonfly Megaguiras. A few other films worth highlighting are the parody short Mant! from Joe Dante’s Matinee (1993), the little-known Mosquito (US-1995; dir. Gary Jones), Ticks (US-1993; dir. Tony Randell) and the recent Infestation (US-2009; dir. Kyle Rankin). There have been, of course, many more (which you can handily track down on the Backbrain’s giant monster film listing), as well as so many giant spider films it seems best to avoid even mentioning them here (again, try the aforementioned film list). Okay, I’ll mention Eight-Legged Freaks!

So, there have been lots of giant bug movies over the years. Too many? No way! Especially as the new French project, Bugs, looks to be potentially a classy affair indeed, with a very different approach to the subgenre. Check out this trailer:

Intrigued, the Backbrain resident kaiju-spotter, Avery Guerra, tracked down director Julius Berg (pictured below on set) and grilled him on the subject. Though reluctant to reveal much about the mutant insects themselves — and in particular their size — he was more than willing to discuss the film and its potential genesis. 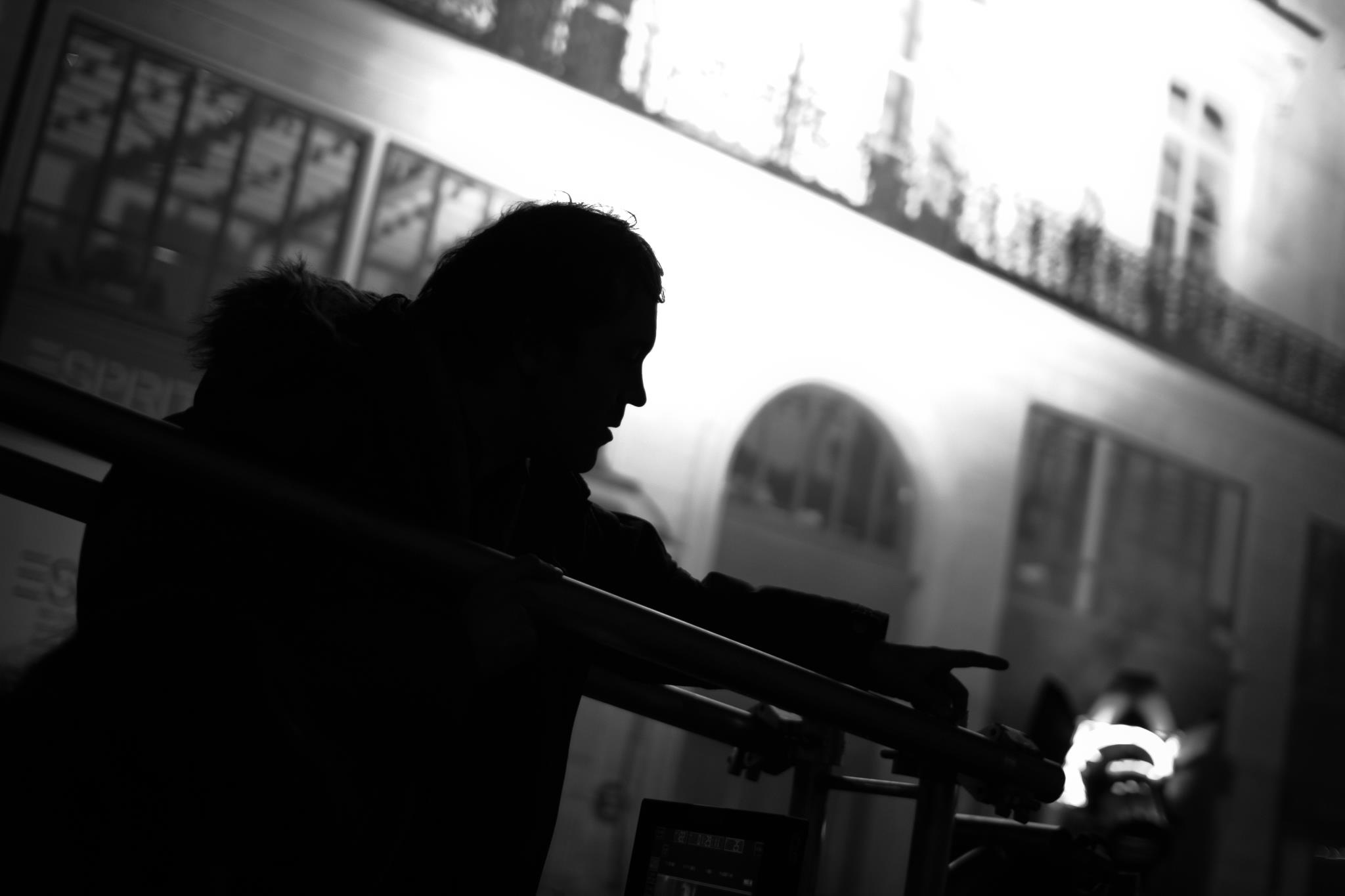 Avery Guerra: Julius, could you tell us about the trailer?

Julius Berg: Well, I directed this faux trailer in hope of attracting the attention of a foreign producer who might be interested in developing the film in English and in Paris. So, it’s kind of a communication tool to promote the project. Actually, we’re in the process of finishing the script and very soon we’ll be contacting some producers in England and America, so the trailer will mean we have something to show them. Bugs is envisaged as a low-budget and high-concept film which may have some similarities with Matt Reeves’ film Cloverfield. The trailer was created in conjunction with Thierry Arbogast [pictured below], a well-known Director of Photography who has worked with Luc Besson and Brian de Palma. 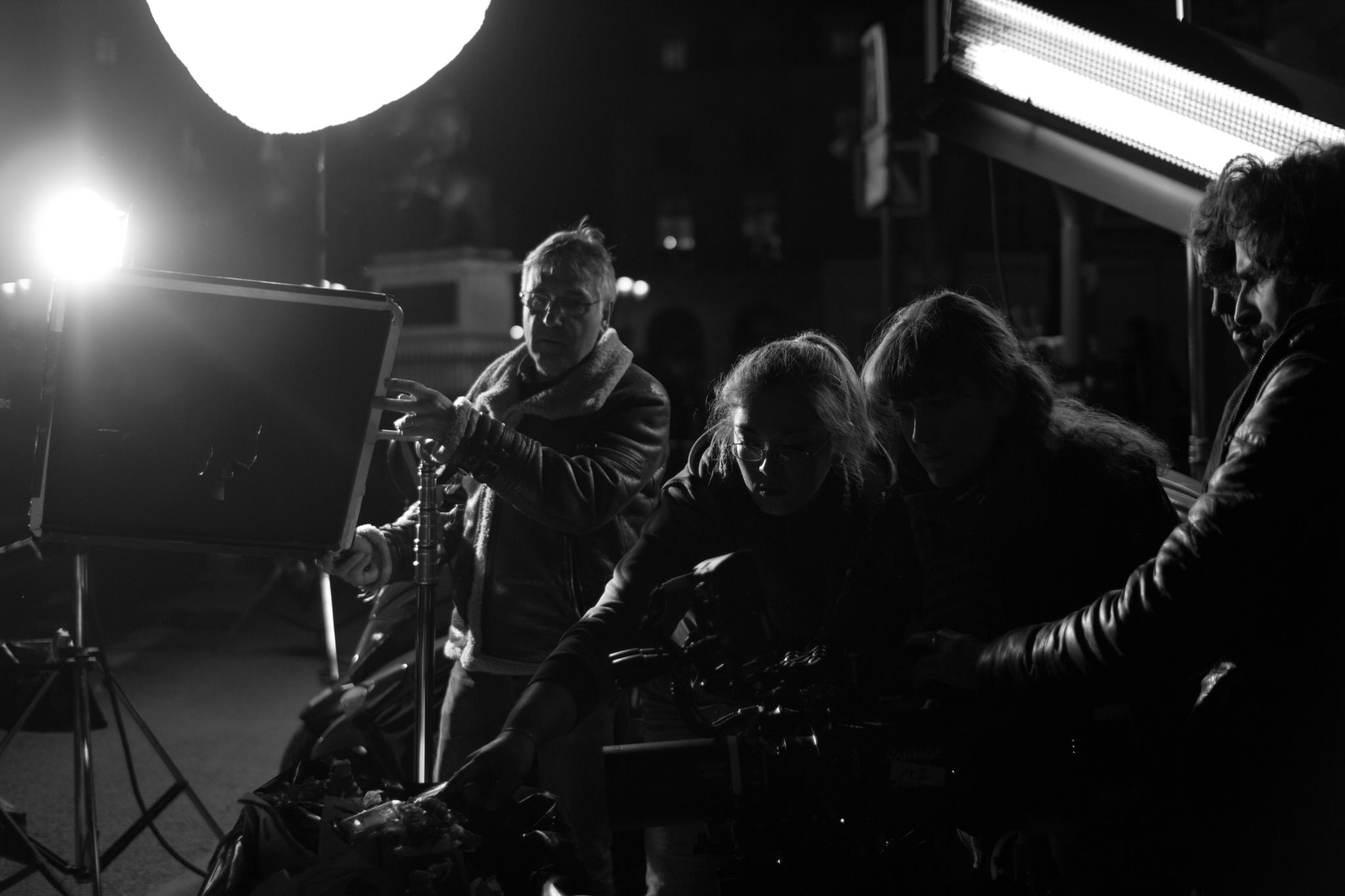 How about giving us a bit of background about yourself and crew?

I worked for ten years as a director of commercials and more recently on various TV series. Before that, I created a production company called MakingProd (www.makingprod.com), which now specializes in fiction series.

In advertising, I’m represented by Quad, a production company which produced feature films and commercials. They recently produced Untouchable and The Heartbreaker — two big successes in France and in some other countries.

My career in advertising gave me a chance to work with huge artists such as cinematographer Thierry Arbogast (www.thierryarbogast.com). I met the producer Guillaume Dreyfus on a series for Canal+. In fact, gathering the team to create the teaser was actually quite easy. I was fortunate to be surrounded by great talents. 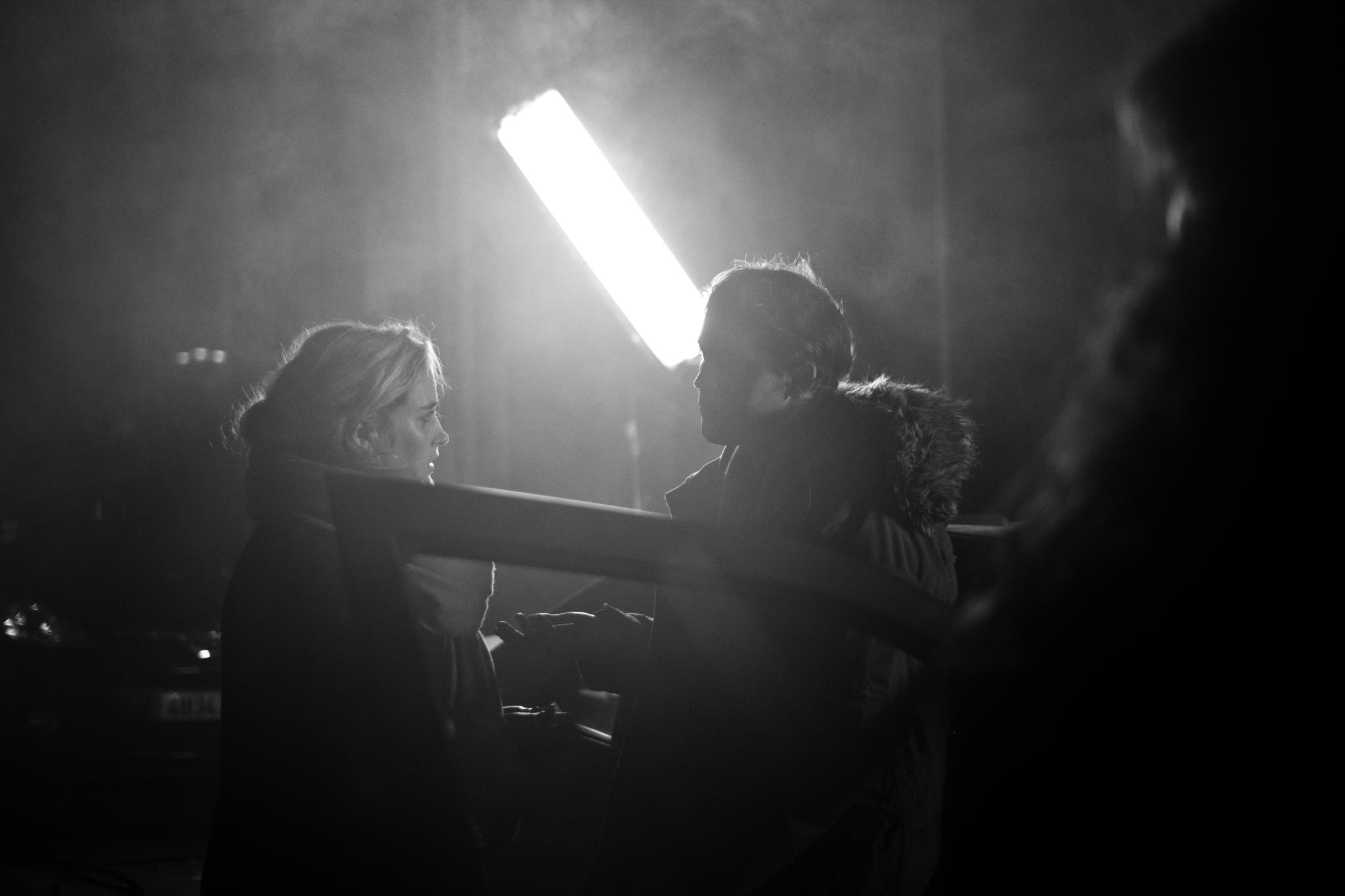 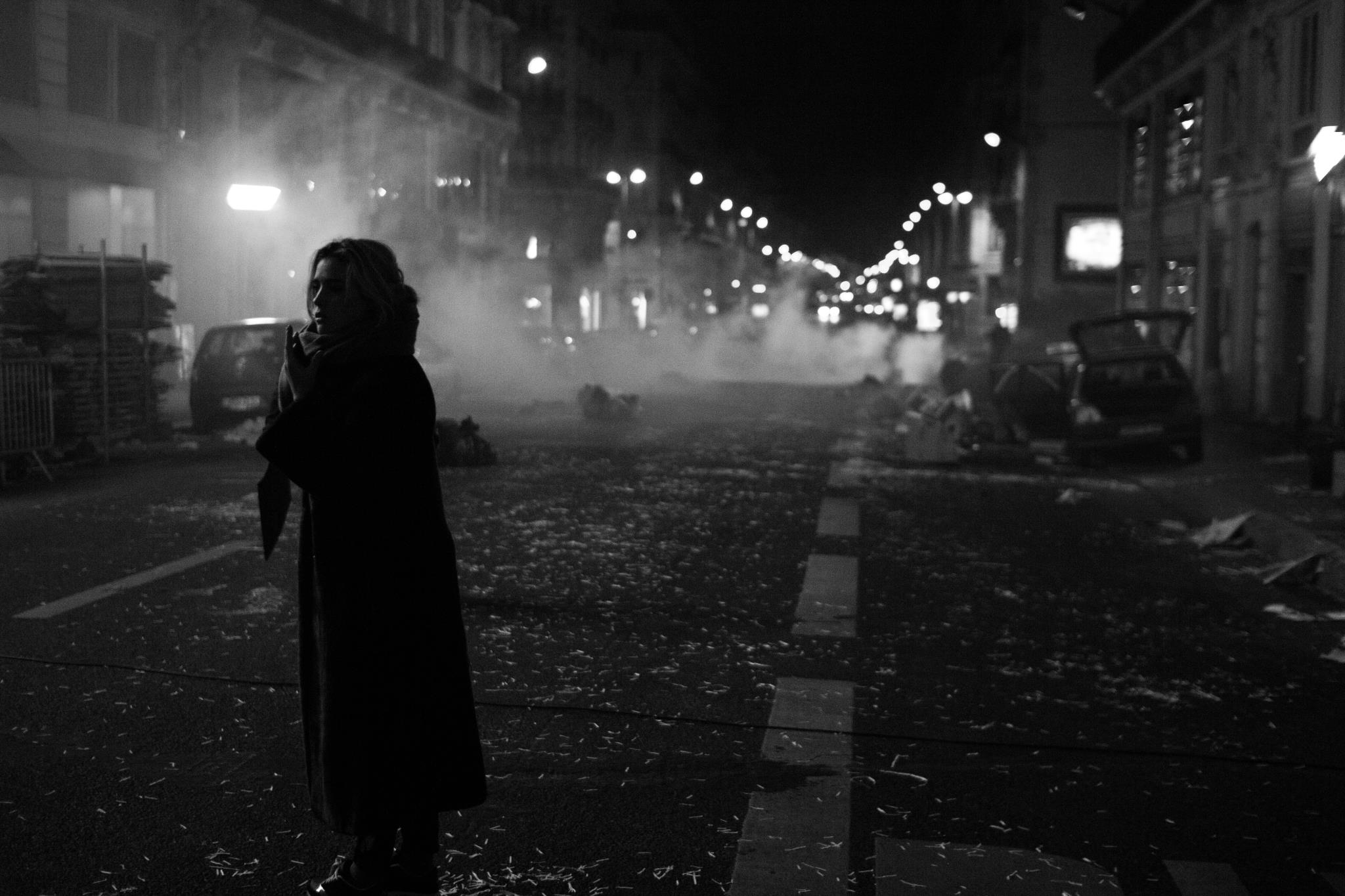 What are your main film influences?

Of course, I’m very influenced by American cinema, especially the New Hollywood that I take as a true period of grace in the history of cinema. I appreciate the freedom of speech and style that the filmmakers managed to have at that time: the ambiguities they showed to exist between good and evil, sympathy for marginal characters and a certain distrust in any form of authority.

Rosemary’s Baby, The Graduate, The Exorcist, Deliverance, and Jaws are some of the films that have made a lasting impression on me. I still have a lot of respect for filmmakers who are able to create a strong atmosphere without showing the object of fear itself. Polanski, for example, didn’t show an evil child, even though Rosemary’s Baby remained a very scary movie all the way through. Genuine cinema. 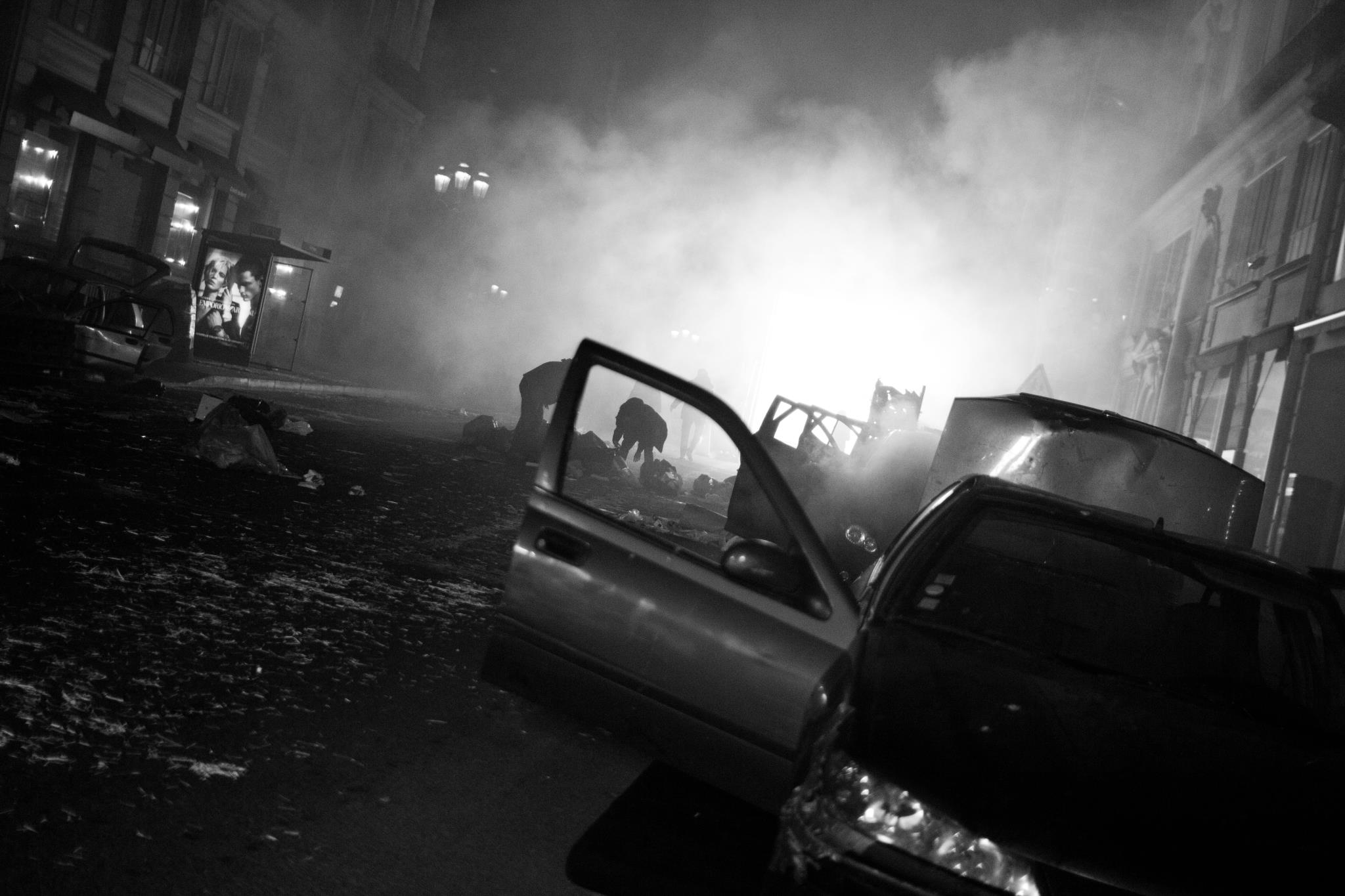 What sort of achievements and goals have you?

Commercials affords me the opportunity to work in such comfortable and innovative conditions that I’ve been able to explore new and different styles. Directing fiction series for television has also given me a chance to work further with actors in telling an actual extended story.

I’m looking forward to putting together subject matter and style. Feature film seems to offer the right balance for me to do this.

What more can you tell us about this film project without giving away too much?

Bugs is a fantastical film whose action takes place in Paris. Creatures progressively invade the city and plunge its inhabitants into chaos. In the meantime, a young mother must traverse the city through the danger and the devastation to find her 8-year-old son.

The monsters as such are not the film’s main focus and appear only occasionally on screen. It is mainly a film of atmosphere, like Cloverfield and the early works of M. Night Shyamalan. The challenge lies in the downward spiral the main character must go through to save her child.

The title “Bugs” has a double meaning. It refers to insects, of course, but also to mechanisms and systems that go wrong. The film deals with these bugs in the social order  that lead us sometimes to act totally irrationally.

As in many monsters movie, creatures can become a metaphor like a social commentary. Romero’s zombies are a satire on consumerism, while other monsters have arisen with the arrival of AIDS. Here, in our film, bugs embody the end of civilization, the rampant poverty that exists amid financial crisis. 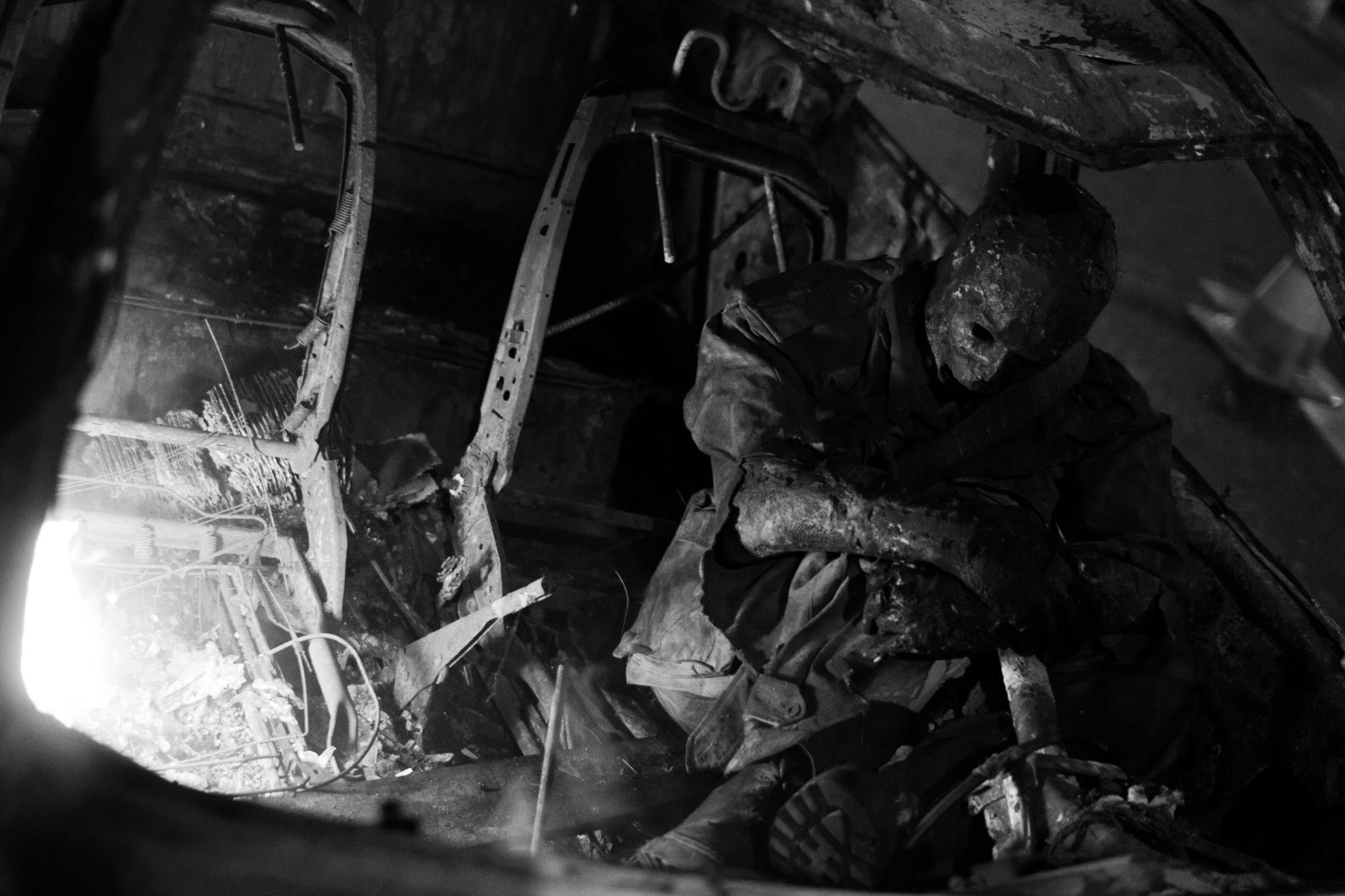 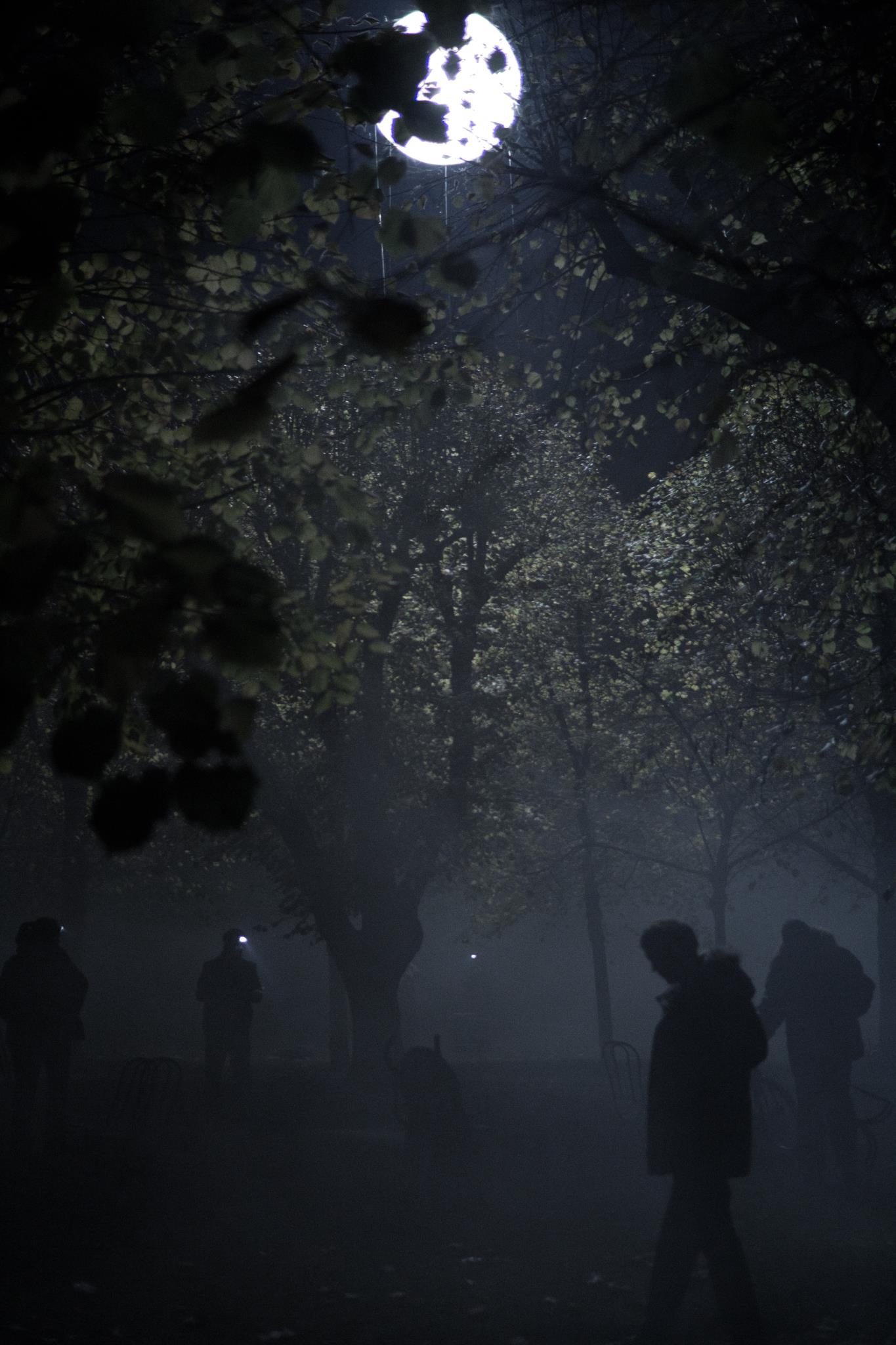 What are your inspirations for the film and its creatures?

The creatures are mutant insects: a mix between termites and cockroaches. Following the advent of the nuclear threat many movies in the ’50s dealt with mutation. However, limited VFX often made these monsters look pretty cheap.

From a technical point of view, things are easier today. But the narrative issues remain a major challenge in a filmmaker’s ability to avoid making them into mere unbelievable grotesqueries.

I enjoy thinking that Bugs is the opposite of the animated film Ratatouille. I don’t intend to denigrate the work of Pixar in saying that. On the contrary, I think Ratatouille is a success from every point of view. But Bugs differs from the way Ratatouille‘s creators deal with Paris — world capital of gastronomy, good food, that was a major focus. Instead Bugs deals with the junk food that has invaded our gastronomy and shows a sticky Paris behind an idyllic vision of a perfect Paris.

What would you hope to achieve from this project? 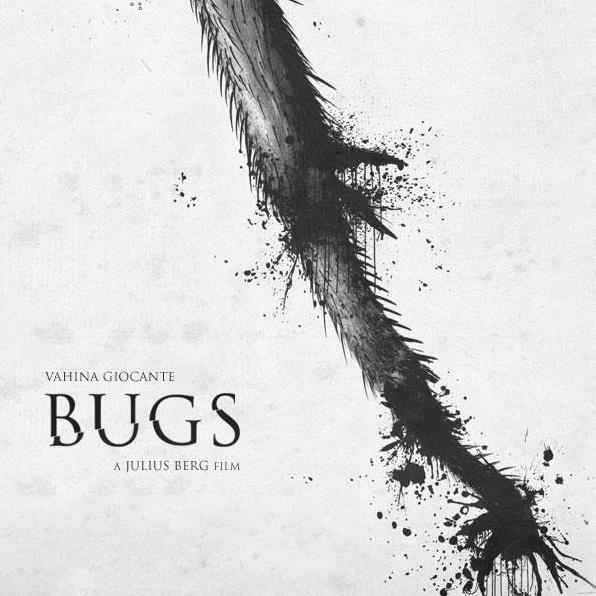