Not Quite the Return of Gorgo

Britain’s answer to Japan’s iconic Gojira [aka Godzilla] featured the rather clever concept of a large sea monster captured and returned to London by authorities, who are soon enough dismayed to discover that it is only a little ‘un. Now Mum’s come to town looking for junior — and she’s not happy. 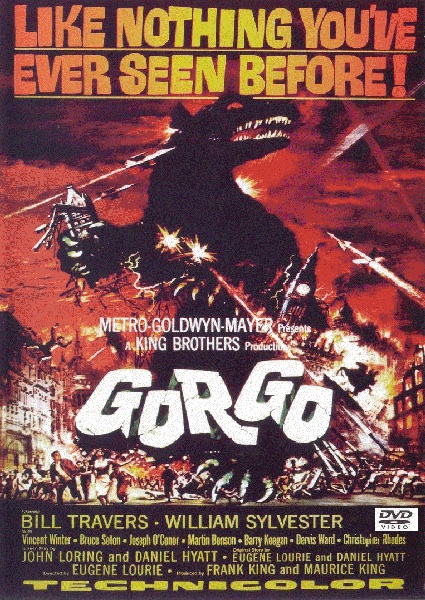 Fans have speculated on the possibility of a sequel for decades. Now M.J. Simpson (whose work appears in Fangoria and elsewhere) has scripted a short film called Waiting for Gorgo that partially addresses the speculation. Not that it is actually a sequel, mind you. It’s more like a “semisequel”, he says, set about 40 years after the events of Gorgo.

Apparently no monsters actually appear in the 15-minute movie. “We’re using the conventions of a monster movie to satirize the bureaucracy of the British Civil Service,” Simpson commented.

Deep in the bowels of the Ministry of Defence lies a secretive government department identified only as the ‘DMOA’. Just what the DMOA does has been lost in the annals of time — all that is known is that it’s the last line of defence protecting London from total destruction.

Determined to find out more about this strange department, Alexandra, a young ambitious defence analyst, sets off into the rabbit warrens of Whitehall to see the DMOA for herself. Finding two aged public servants in varying stages of senility, Alexandra is convinced that the DMOA is the result of an unfortunate mistake. However, as the conversation progresses it becomes apparent that the old guys may not be as senile as they seem, and more worryingly, they may indeed be London’s last line of defence.

Filmed at the George Lucas Stage at Elstree Studios in the UK, Waiting for Gorgo stars Geoffrey Davies (Tales from the Crypt and Oh! What a Lovely War), Nicholas Amer (the 1990 version of Treasure Island, Disciple of Death, The Draughtsman’s Contract and an episode of The Avengers), and Kelly Eastwood (Death at a Funeral). 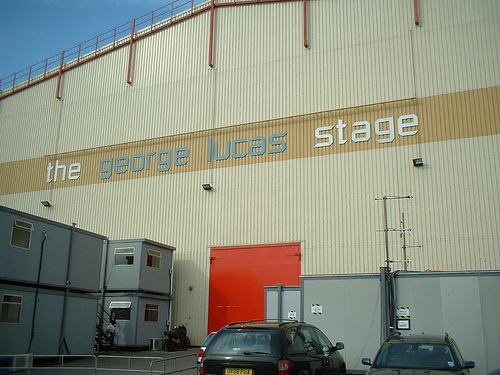 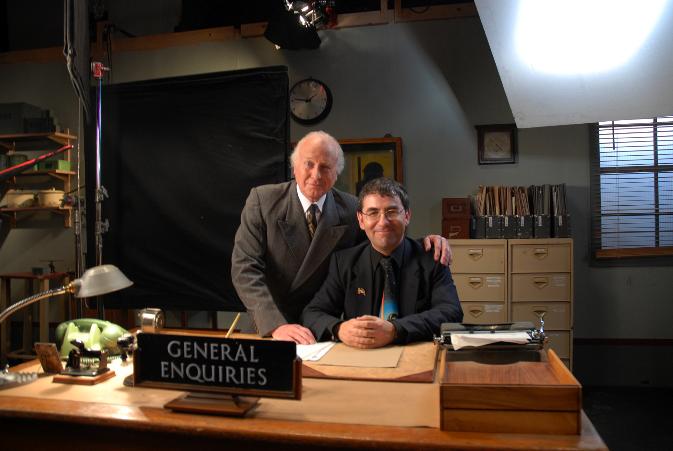 Geoffrey Davies with M.J. Simpson in the DMOA offices

Currently in post-production for a release “before Christmas”, this looks like it will be a well-produced and loving tribute to Britain’s best giant monster flick. 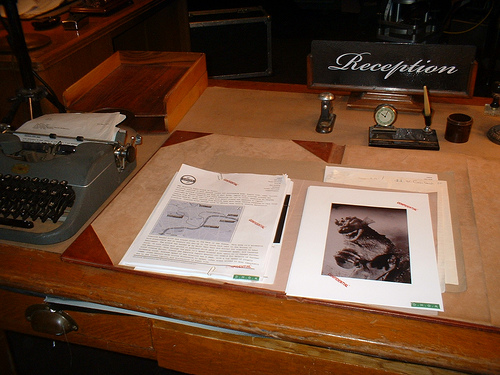 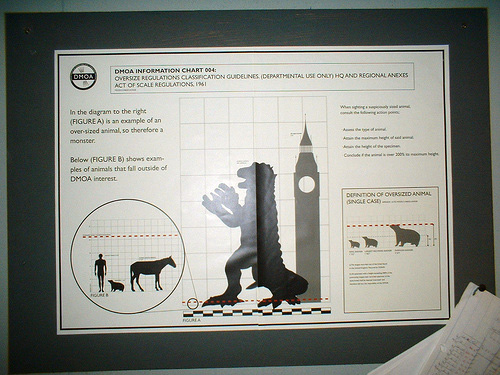 2 Responses to Not Quite the Return of Gorgo